The South and its vernacular, love it and never lose it. Seems to me, we have the finest, most colorful expressions. Yes, Southerners have a flair for talking with flair. I was in Dad’s saw shop on a blazing hot Saturday when a man stumbled in drunk. He wore striped overalls like some train engineer. When he stumbled out Dad said, “That man was as high as a Georgia pine.”

Similes and colorful archaic words don’t get much play today. Southernisms sleep in the cemetery now, and young Southerners don’t hear vintage talk like Granddad Poland’s “eating a bait of barbecue.” The meaning eludes me but you know it’s a heap. A mess of collards and bait of BBQ will make you full as a tick. 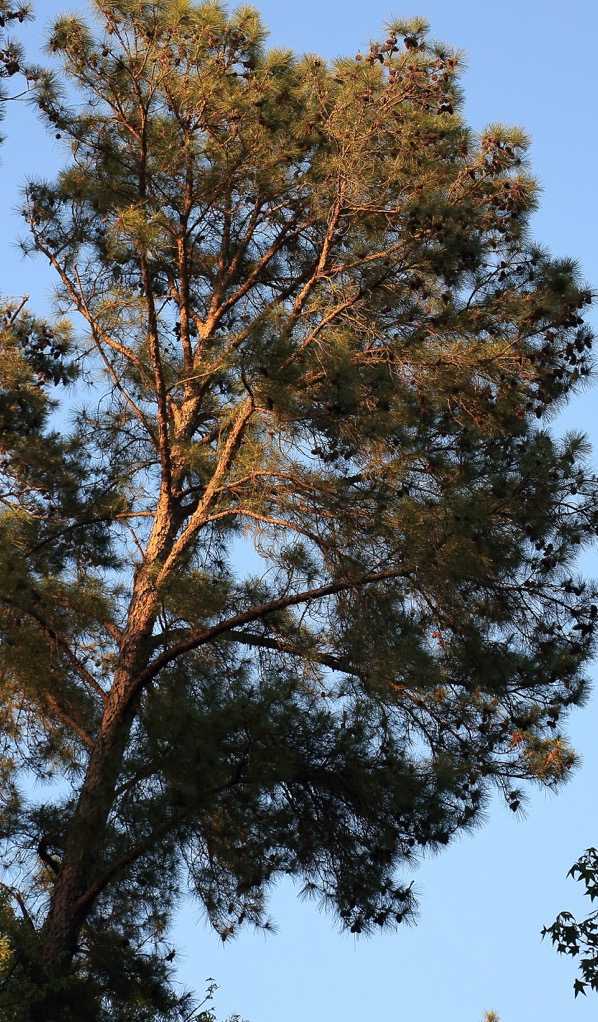 Returning from a BBQ pit, savory smoke clinging to his overalls, Granddad said a “passel of people were there.” A passel? That would be a crowd.

When I was itchin’ to fish, Grandmom Poland would approximate when we’d gather up cane poles and strike out for the ponds. “T’rectly.” When the sky darkened and wind picked up and the white undersides of leaves fluttered, she’d say “a cloud’s comin’ up.”

I wrote about James Dickey and Deliverance for Reckon Magazine. Now reckon is a fine word. It strikes the perfect tone when you don’t feel obliged to give a no or yes answer.

“That painting hangs all cattywampus. Don’t you need to fix it?”

In Deliverance an exchange about going downriver takes place between Lewis and an old man in a straw hat. Ed, the narrator, listens in.

“If it rains, you’re liable to be in bad trouble. The water climbs them walls like a monkey.”

“What the hell,” said Lewis. “It’s not going to rain. Look up yonder.”

I looked up yonder. It was clear, hazy-hot blue with no clouds. It seemed all right, if it stayed that way.

“Yonder,” a fine word. I grew up Baptist, and Sundays the congregation threw itself into a rousing hymn. “When the role is called up yonder, I’ll be there.” When chaps got out of hand a stern woman will be there, “You’re fixing to get a switching.”

Conjure up a homeplace with old-fashion petunias, a handsome barn, magnolias, and a clothesline heavy with sheets, towels, and denims. A couple in a swing sit tight as nails. As dad moves in for a smooch thunder rumbles. There’s no kissing now. Mom jumps up and hollers to her daughters on the screen porch. “Girls, it’s fixing to rain.” Lean-legged country girls rush out to help mom gather up fresh, starchy sun-dried clothes.

How I love my Wayfarers. When I told Mom how much I paid for them she said, “Did something hit you in the behind when you left the store?”

“It was your change.”

Do tell. That Southern vernacular, gotta love it. It fits who we are, where we live, and that lovely drawl. One final thing. Keep Southern talk alive. Teach your kids and grandkids Southernisms. It will distinguish them from the “Bagel and Brats Invaders,” the ones biscuits and grits give fits. The ones who like to tell you how they did things back home. Yeah, right. There’s a saying about a dog and hunting. You know it. It’s right as rain.