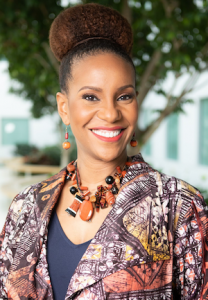 Dr. Tonya M. Matthews, president and CEO of the International African American Museum (IAAM), has been selected by the Charleston Business Magazine (CBM) as one of the 50 Most Influential People of 2021. Designed to recognize those who have made an impact on their community, the program evaluates candidates based on leadership ability, professional success, and community nominations.

Matthews became president and CEO in April 2021. In less than a year, her extensive leadership experience has been instrumental in preparing for the museum’s grand opening, which is slated for late 2022. Matthews is focused on inspiring her staff to enhance visitor and community engagements initiatives, and on telling the untold stories of the African American journey. She previously served as associate provost of Inclusive Workforce Development and director of the STEM Innovation Learning Center at Wayne State University in Detroit, Michigan. In 2015, she founded The STEMinista Project, a ground-breaking, national initiative that inspires middle-school girls to consider tools and careers in STEM.

Matthews is also recognized as a thought leader in the non-profit sector. During her tenure as president and CEO of the Michigan Science Center, she was named as one of the Most Influential Women in Michigan in 2016 and honored as a Trailblazer by Career Mastered Magazine in 2017, among other accolades. She is a member of the National Academy of Sciences Board on Science Education and was appointed by both Democratic and Republican administrations to the National Assessment Governing Board. Additionally, Matthews is a published poet, with some of her poetry included in 100 Best African American Poems (2010), edited by Nikki Giovanni, and her most recent work How Weaving Came Into The World, was published in the January 2022 edition of the Charleston City Paper. She received her Ph.D. in biomedical engineering from Johns Hopkins University and her bachelor’s degree in biomedical and electrical engineering from Duke University, as well as a certificate in African and African American Studies.

“It is humbling to be recognized among such notable peers. I am grateful to the team here at IAAM and the community and beyond that supports our cause as we answer the call to honor the telling of these important stories with intentionality and impact,” noted Matthews.

Now in its fifth year, the 50 Most Influential People Award is presented by the Charleston Business Magazine (CBM) and honors 50 candidates within the business community who have made an economic impact or quality of life impact in the Charleston area. This year’s winners will be featured in CBM’s January 2022 print issue, giving readers a glimpse into their backgrounds, accolades, and inspirations.

The International African American Museum (IAAM) explores cultures and knowledge systems retained and adapted by Africans in the Americas and the diverse journeys and achievements of these individuals and their descendants in South Carolina, the United States, and throughout the African Diaspora. IAAM is a champion of authentic, empathetic storytelling of American history and is thus one of the nation’s newest platforms for the disruption of institutionalized racism as it evolves today. Set to open in late 2022, IAAM is positioned to honor the untold stories of the African American journey from Charleston, S.C., at the historically sacred site of Gadsden’s Wharf and beyond. For more information, please visit iaamuseum.org or call 843-872-5352.