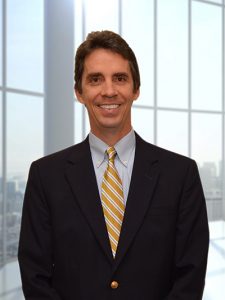 Chris Fraser, Avison Young Principal and Managing Director of the company’s South Carolina offices, announced today that the Charleston Trident Association of Realtors has named Jeremy Willits, Senior Vice President in the firm’s Charleston office, as the 2019 Commercial Realtor of the Year. The award recognizes a commercial realtor who is nominated by his peers and demonstrates leadership and charitable works in the community.

Willits received the award at the Commercial Investment Division’s annual luncheon on February 6. Carl Michael Harrison, president of CID, noted at the event: “His ethical, professional, and personal mannerisms are best in class. It is no stretch to say that he raises the bar of our organization and commercial realtors as a whole.”

Willits has been a commercial realtor in the Charleston area for more than two decades, specializing in the office market and brokering hundreds of lease and sale transactions. He has been an active member of realtor associations at local, state and national levels, serving in 2010 as director of the National Association of Realtors and president of CTAR, as well as president of the Charleston MLS in 2005. CTAR CEO Wil Riley said: “Jeremy has been a valuable asset for the Realtor organization for many years. His leadership at our Association moved us through some of the most challenging years our market faced. He is a champion for Realtors, an incredibly talented businessman and a fixture of the Charleston community — this is a long overdue honor!”

“Jeremy exemplifies the character and professionalism to which all commercial Realtors should aspire,” added Fraser. “We are grateful for Jeremy’s insightful leadership and mentoring to members of our firm and celebrate his recognition by his peers.”