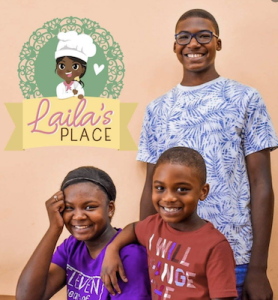 Laila’s Place in Clinton, not to be confused with the Newberry location, is scheduled to open at noon on Friday, August 5 and you don’t want to miss it!

To understand how great this will be you have to know more about Laila’s Place in Newberry.

The Buzz sat down with Tia and Jason Devette, owners of Laila’s Place to learn what we can expect in the Clinton ice cream parlor but before we give you scoop (pun intended) there’s a backstory worth sharing.

The Devette’s originally wanted to open Laila’s Place in Clinton. In 2018 they purchased 109 N. Broad Street but for many reasons were unable to launch Laila’s Place in that location, so they started the original one in Newberry and have been blessed with great success! 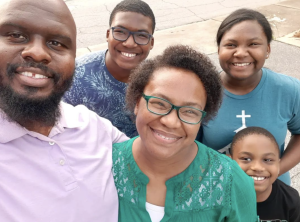 How did they get the name – Laila’s Place? It’s named after Laila, their 13-year-old daughter but it doesn’t stop there. This is truly a family business with everyone playing a role.  Their son, Zavier (age 15) is the resident sandwich maker in Newberry and Benjamin (age 8) is the director of public relations and he shakes hands and kisses babies (literally).

“In Newberry they come for Laila’s name, to talk with Jason, to see Benjamin, to eat mine and momma’s (Mrs. Ruby’s) baked goods and eat Zavier’s sandwiches,” said Tia Devette.

So fast forward about one and a half years.

The Devettes were coming from Greenville and took the back way through Laurens down 76 and riding through Clinton and Jason heard the Lord say, “why not Clinton?” The next week they looked at buildings and one week later selected the location of 200 W. Main Street in Clinton for the second location of Laila’s Place.

Laila’s Place is an ice cream parlor for now (phase 1) with more to come later. They will have 48 flavors of ice cream and 5 more that are sugar free, Proof which is alcohol ice cream, and Italian ice (4 flavors) along with an assortment of homemade fresh fruit popsicles (for dairy free options).

“We serve ice cream, but our ministry is to serve people. We want it to be a place where everyone feels comfortable,” said Jason Devette. “The way we run Laila’s place and how you are treated is our ministry. We don’t preach to anyone, but we do love on people and demonstrate our faith through our service of others.” 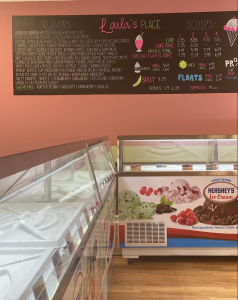 Laila’s will be serving Hershey’s Ice cream, one of the only ice creams that is not loaded with additives. Real ingredients, real ice cream served by people with customer service as a top priority.

“You can get ice cream anywhere but you’re not going to get Laila’s Place service at any other place,” said Jason Devette.

The hours for Laila’s Place in Clinton will be Tuesday – Saturday 12:00-7:00 pm and maybe closing early on Wednesdays (that is to be determined).

The space is open, bright, and inviting. The chalkboard sign listing the flavors is an original creation courtesy of the kids. Yes, it truly is a family business.

Laila’s Place, a place to come by and get a scoop of ice cream, a sundae or banana split and sit and stay a while or get it to go.

Click on the photos below for a sneak peek and then come on out this Friday to get a scoop of your favorite ice cream. 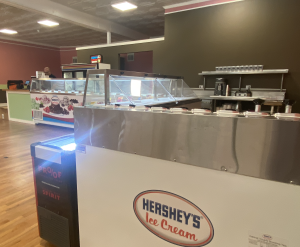 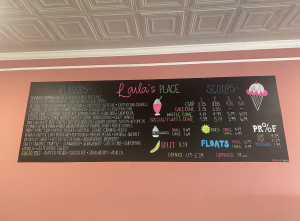 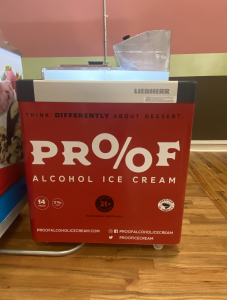 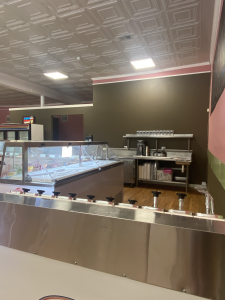 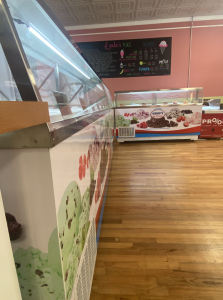 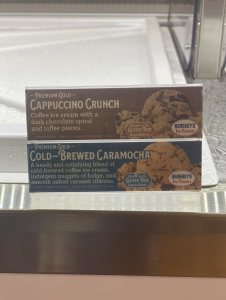