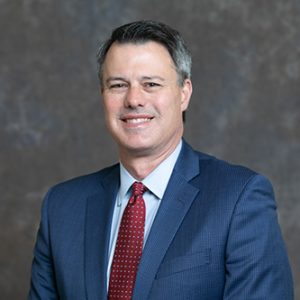 Rivenbark comes to Lander after six years at Coastal Carolina University, where he served as director of development. At Coastal, his responsibilities included fundraising for the E. Craig Wall College of Business, along with leading several student-specific initiatives. Rivenbark was also instrumental in securing the largest planned gift in the history of the Wall College, and helped to establish both the Grant Center for Real Estate and Economic Development, and the Institute for Responsible Development.

Prior to his tenure at Coastal, Rivenbark joined the Advancement Office of Methodist University, first serving as a director of development, and then as senior director of development and gift planning. While at Methodist, he secured multiple major gifts while also serving on the leadership committee that launched the $35 million “Campaign for Methodist University – Building Excellence,” which helped the University transform its campus.

Rivenbark looks forward to the opportunities to continue to explore his professional growth with Lander University. “I’m excited about the opportunity to make a difference in the lives of the students that we serve,” said Rivenbark, adding that he hopes to be a conduit for alumni and friends at Lander and to make a positive impact on the Lander community. “I am thrilled to join a University that has passionate alumni, brilliant students and great leadership.”

Outside of his professional life, Rivenbark serves on the board of directors for the North Myrtle Beach Chamber of Commerce and is a member of the East Carolina University Alumni Board. In addition to these professional associations, Rivenbark has also served as a volunteer coach for youth football, basketball, softball and baseball with the North Myrtle Beach Parks and Recreation Department.

Eric, his wife, Laura, and their three children, Chloe, Landon, and Tucker, are all excited to be part of the Bearcat family.