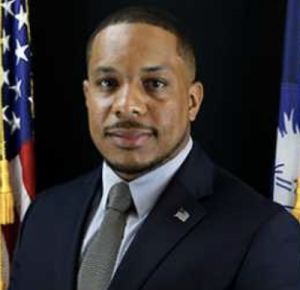 At the close of a scheduled budget meeting of Laurens County Council on Thursday, April 29th, Councilman Garrett McDaniel announced his resignation and relocation to Washington, D.C. McDaniel has been tapped to be the Director of Executive Scheduling and Operations for the Department of Housing and Urban Development (HUD).

“I’m thankful that the citizens of Laurens County have entrusted me to represent them the past 6 years,” said McDaniel. “As I begin this new chapter, it is my hope to have an even greater impact on my hometown.”

In his statement at the close of the budget meeting McDaniel had kind words of support and encouragement for each member of county council.  McDaniel has served the constituents of District 3 on county council for nearly 6 years, elected to a seat that was previously filled by his father, Edward McDaniel, who served in this role for 27 years. Councilman McDaniel was elected to fill the seat previously held by his father.

The BUZZ reached out to County Council Chair Brown Patterson for comment.

“I am excited for my friend. Garrett and I have known each other since grade school, and I’m glad that he has this opportunity; I will miss working with him on Council, he always brought a calm presence with great ideas and a passionate stance for his constituents,” said County Council Chair Brown Patterson. “While he will be missed on Council, we know that he is moving on to bigger and better things and wish him the best of luck!”

A special election will be held to fill the County Council seat for District 3. More information to follow.

Best of luck to Garrett McDaniel in his new endeavors.