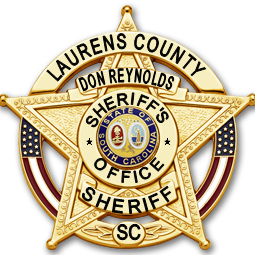 Sgt. Brown with the Laurens County Sheriff’s Animal Control Office was recently recognized for his work to break up puppy mills.

“We are very proud of Sgt. Brown and his team for the work they are doing,” said Sheriff Don Reynolds.

Sgt. Brown was the lead investigator on a puppy mill case that resulted in the seizure of over 270 animals. Multiple charges were filed against the owners. The case highlighted the link between animal cruelty and other crimes, as drugs were also seized from the property. 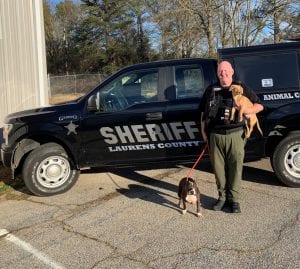 This case was one of the first to successfully utilize the new forfeiture law that allows an emergency hearing to be held within days after the seizure to determine if it is in the best interest of the animals to be forfeited prior to the case going to trial.

The case was one of several significant large-scale cruelty cases and animal seizures Sgt. Brown has been involved in that have resulted in saving numerous animals from lives of misery, and also draws attention to the need for breeder laws in the state.