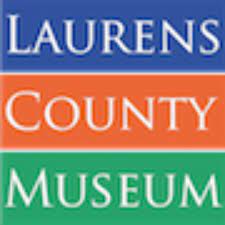 The Revolutionary War in Laurens County was truly the crucible that forged our nation.

“Laurens County Heroes, Villains, and Heroines,” is the first in a series by battlefield preservationist and historian Durant Ashmore. This lecture will be a discussion of the civil war that raged in Laurens County with an emphasis on the remarkable Laurens County characters who involved themselves in the fight for freedom from the reign of the British monarchy and Parliament.  The event will take place on Tuesday, July 20 at 7 pm at the Witherspoon Building on the square in Laurens (116 South Public Square).

Subsequent lectures will be on the first Tuesday of each month starting on August 3, 2021.  Field trips to actual Revolutionary War battle and skirmish sites will be the following Saturdays after the August 3 lecture, but not the July 20 lecture. Attendance will be limited to 150 attendees, and pre-registration is recommended to reserve your seat. You can do so by calling (864)681-3678.  Suggested donation for lecture — $5 Laurens County Museum members; $10 non-members; 18 years and younger no donation.

Battlefield preservationist Durant Ashmore has directed his primary focus on Revolutionary War battle sites with emphasis on restoration and educating the public about these sacred sites through historical lectures and tours to the actual locations that have impacted our country.  Mr. Ashmore has a master’s degree in landscape architecture and a graduate minor in Historic Preservation, plus forty years experience as a landscape designer and contractor.  His practical knowledge, experienced landscape crews, complete plant nursery facility, and historical knowledge, give him the necessary tools to implement varied landscape plans for historically accurate battlefield site management. 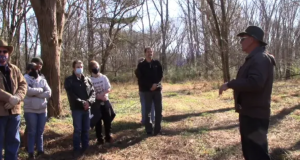 Ashmore at a historic site visit