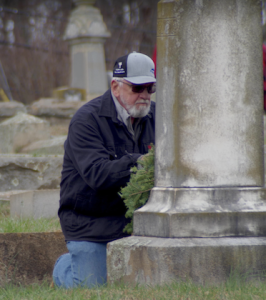 This past Saturday was Wreath’s Across America Day.

It’s a day when thousands of volunteers work together to “Remember, Honor, Teach.”

“We are a community which fully appreciates the cost of freedom, and it is our privilege and responsibility to pass this on to the next generation.  By taking part in ceremonies and observances like Wreaths Across America, we show who we are by those whom we honor,” said Laurens Mayor Nathan Senn. “I was grateful for the opportunity to take part in this first of what we hope will be a lasting tradition that honors our veterans.”

During the ceremony participants laid wreaths and remembered veterans. Molly Paige Eggleston and Avery Lane Eggleston were among those participating in the service. They laid the wreath for the Gold Star families in memory of their father, Army Staff Sergeant Brandon Forrest Eggleston, who died in Afghanistan on April 26, 2012. He was 29 years old.

Stephanie Williams Gillespie, a local representative for Wreaths Across America was the organizer of the event. Also assisting with the event was American Legion Post 25 and Price Kennedy of Kennedy Mortuary assisted with logistics and provided financial support. Laurens District 55 High School NJROTC Color Guard and Laurens City Fire also participated in the program.

Do you know how Wreaths Across America started?

Morrill Worcester, owner of Worcester Wreath Company, of Harrington, Maine, first visited Washington D.C. and specifically Arlington National Cemetery when he was 12 years old. It was a trip that made an indelible impression on him.

In 1992, his company, Worcester Wreath, found themselves with a surplus of wreaths nearing the end of the holiday season. Remembering his experience at Arlington many years ago, Worcester knew what he wanted to do. With the aid of Maine Senator Olympia Snowe, arrangements were made for the extra wreaths to be placed at Arlington in one of the older sections of the cemetery that had been receiving fewer visitors with each passing year.

This was the beginning of what would be an annual tradition.

The tribute went on quietly for several years, until 2005, when a photo of the headstones at Arlington, adorned with wreaths and covered in snow, circulated around the internet. With national attention, thousands of requests came in from all over the country from people wanting to help with Arlington, to emulate the Arlington project at their National and State cemeteries, or to thank Morrill Worcester for honoring our nation’s heroes.

With the explosion of interest, Worcester began sending seven wreaths to every state, one for each branch of the military, and for POW/MIAs. In 2006, with the help of the Civil Air Patrol and other civic organizations, simultaneous wreath-laying ceremonies were held at over 150 locations around the country. The Patriot Guard Riders volunteered as escort for the wreaths going to Arlington. This began the annual “Veterans Honor Parade” that travels the east coast in early December.

In 2007, the Worcester family, along with veterans, and other groups and individuals who had helped with their annual veterans wreath ceremony in Arlington, formed Wreaths Across America, a non-profit 501-(c)(3) organization, to continue and expand this effort.

In 2014, Wreaths Across America and its now national network of volunteers laid over 700,000 memorial wreaths at 1,000 locations in the United States and beyond, including ceremonies at the Pearl Harbor Memorial, as well as Bunker Hill, Valley Forge and the sites of the September 11 tragedies.

And the tradition continues to grow.

The wreath-laying is still held annually, on the second or third Saturday of December. The Wreaths Across America annual pilgrimage from Harrington, Maine to Arlington National Cemetery has become known as the world’s largest veterans’ parade, stopping at schools, monuments, veterans’ homes and communities all along the way to remind people how important it is to remember, honor and teach.

Click on the photo gallery below to see some images from the Laurens ceremony. 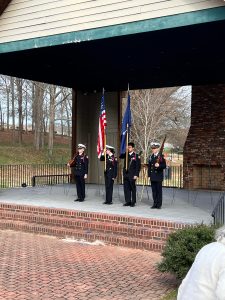 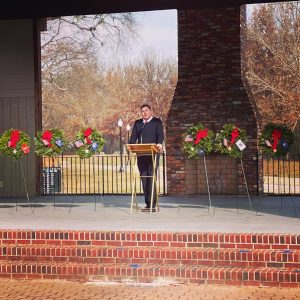 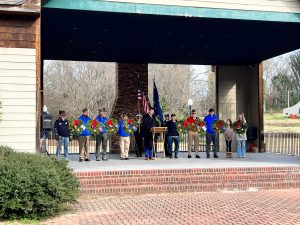 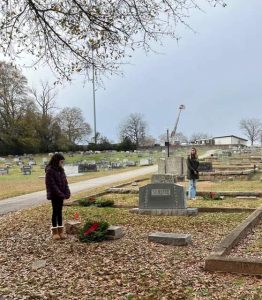 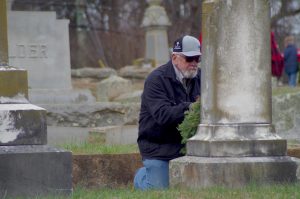 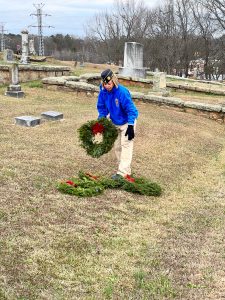 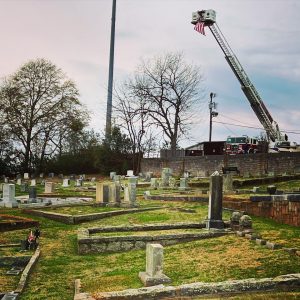 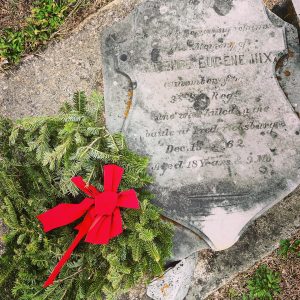 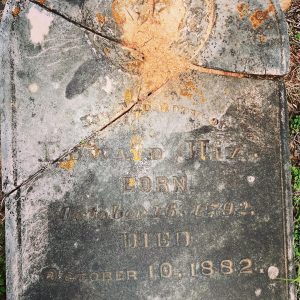