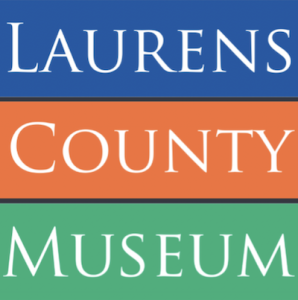 “Ninety Six to Hayes Station” is the topic of Durant Ashmore’s lecture on Tuesday, August 2, 2022, at 7:00 PM, at the Laurens County Museum Witherspoon Building, 116 South Public Square, Laurens, SC 29360.  The last days of the Revolutionary War did not lessen the effusion of blood and turmoil. And, the war did not end at Yorktown. A month later, Bloody Bill Cunningham committed his gruesome atrocities at Hayes Station. A battlefield preservationist, historian, and now a battlefield owner, Ashmore will discuss these important events fought in Laurens County.  Donations are suggested for this lecture (see below).

The field trip on the following Saturday, August 6, is an opportunity for history enthusiasts to walk, for the first time in 200 years, the Colonial Road and a newly studied Revolutionary War battle site.  Ashmore is establishing the Hammond’s Store Revolutionary War Park on property in Laurens County that he purchased adjoining the site of a battle which occurred on December 30, 1780.  To own and preserve a battlefield from the struggle for liberty in America has been one of Ashmore’s lifelong dreams. Archeological studies sponsored by the SC Battlefield Preservation Trust are ongoing.  The battle of Hammond’s Store occurred just before, and within four miles of, the conflict at Hayes Station. Both sites will be on the Laurens County Revolutionary War Trail which is under development. 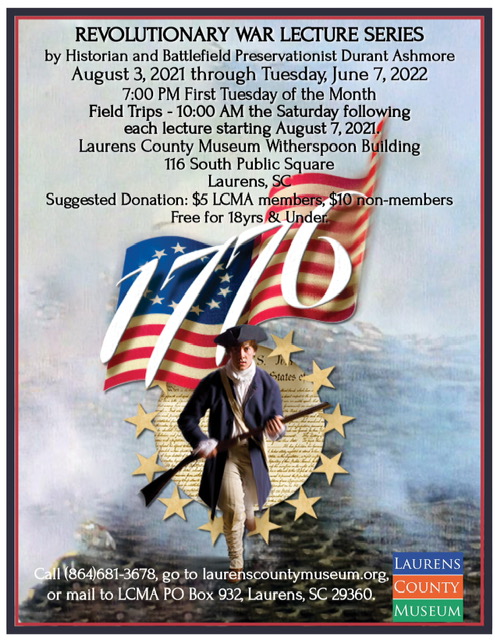