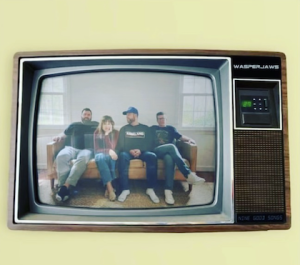 The Upstate Music Awards were created to honor musicians and bands making original music, as well as the producers, studio engineers, photographers, videographers, and visual artists who work with them.

In addition, musical artists must perform 75% or more original material to participate in the Upstate Music Awards so cover/variety bands are not eligible.

This year a Clinton band, “Wasperjaws,” is in the running for best album.

A little-known secret, the band started in February 2020 with the intention to record songs written by Danny Smith.

“I had written and shared songs with family and friends and then Covid knocked us off our rhythm,” said Smith.  “We tried to meet each Sunday afternoon to play and refine the songs, then began recording them as we had time.”

The band sings a unique style of Americana music with a focus on memorable lyrics and simple melodies with vocal harmonies. Their music has been compared to John Prine, The Avett Brothers, and some of the newer Americana groups.

The group is made up of four talented musicians:

Shortly after finishing their album “Nine Good Songs,” Danny Smith sent a copy of the album to Scott Avett of The Avett Brothers. Avett then shared it on his Instagram and said, “Give this album some love, and it will love you back!” The response from fans of the Avett Brothers has been very positive and the album received a strong review on the music blog Americana Highways. The album artwork was designed by bass player, Everett Conaway by using an old TV he found in a school.

Interest in the band is growing and word is getting out. They will be performing Kentucky in March and playing at Palmetto Brothers Dispensary in Laurens on June 16th.

Where did the name come from?

Danny Smith grew up In eastern Kentucky here they grew up calling wasps “waspers.”
He had a teacher in high school who would call random students “wasper jaws”. Not sure if it was an old term or made up, it stuck with him, and his brother suggested that he name a band Wasperjaws because it would be the only google result. The rest as they say is history.

People can listen to us on all the major digital platforms (Apple Music, Spotify, YouTube, etc.) by searching for “Wasperjaws”. They also have CDs available for purchase. Contact Danny Smith on Instagram (@wasperjaws) or at [email protected]

The Upstate Music Awards ends on February 10. To vote for Wasperjaws for Best Album, click HERE, find them on page 3 of album nominations, click on the album and follow the prompts to create an account and then vote. 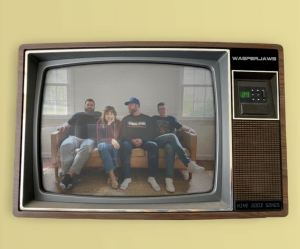 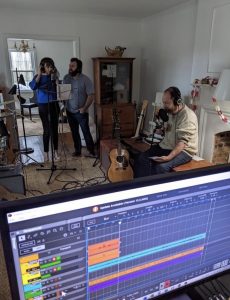 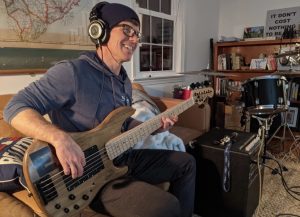 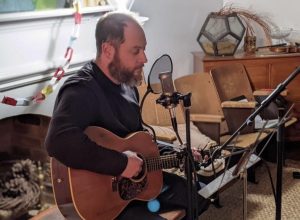 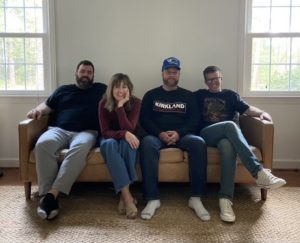 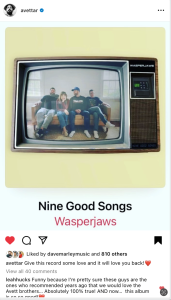