For the seventh consecutive time since 1997, Leon Lott raised his right hand and was re-sworn as sheriff of Richland County, Tues. morning, Jan. 5. The oath of office was administered at the Richland County Courthouse in downtown Columbia by the Honorable Robert Hood, chief administrative judge for general sessions court, 5th Judicial Circuit in S.C. 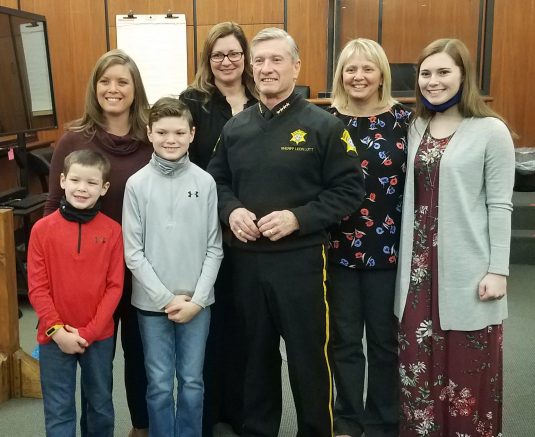 “This is an important day for all of us in the history of the Richland County Sheriff’s Dept. [RCSD],” said Lott, who was joined by his wife Bridgette Jenkins Lott, three daughters and two grandsons. “There is so much measurable good we’ve accomplished since I first took office, and there is so much more we are now able to do not only by means of the new cutting edge crime-solving technologies at our disposal, but because of the unique culture of community we have been able to establish here between the department and those whom we serve.”

When asked by attending media about the recent “challenges” faced by RCSD – from the May protests-turned-rioting in Columbia to the ongoing threat of COVID and the ever-present threat of terrorism and the increasing sophistication of criminal activity in the 21st century – Lott said: “All of it combined is a huge undertaking, and not something I take lightly. But what some may refer to as challenges, I see as opportunities.”

Lott was sworn-in using a well-worn King James Bible, a Christmas gift from his father in 1964 and the same Bible with which he was administered the oath of office during the previous six ceremonies.

Lott’s swearing-in ceremony was followed a few hours later by the first of two ceremonies wherein hundreds of Richland County deputies were also re-sworn by tradition. The two re-swearing ceremonies for all deputy sheriffs – including class I, class III, reserve, and special deputies – were held in the parking lot of The Meeting Place Church in northeast Columbia where militarily dressed lines of uniformed and ‘plainclothes’ deputies were administered the oath en masse as two RCSD unmanned aerial vehicles (drones) hummed overhead and a Columbia Fire Dept. firetruck hoisted a U.S. flag from its ladder. 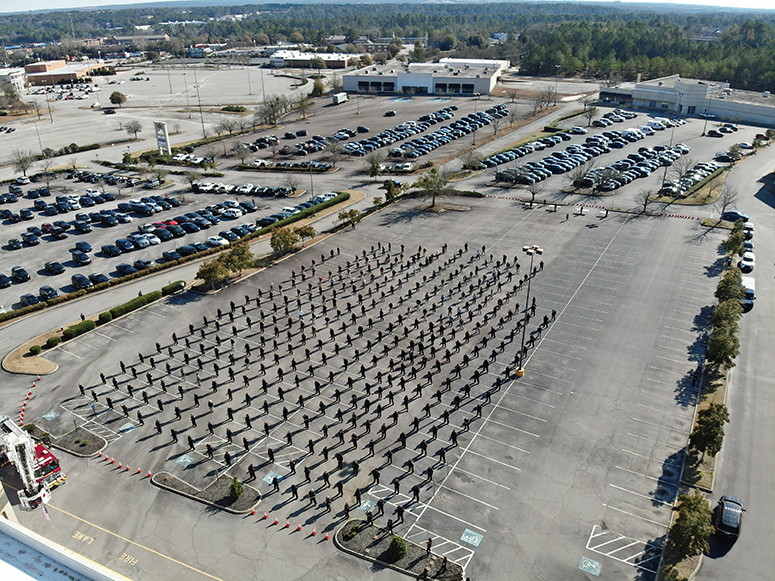 – Picture 1 is of Sheriff Lott and family following his re-swearing at the Richland County Courthouse, Jan. 5. Picture 2 (via RCSD drone remotely piloted by Lt. Marcus Kim) is of the swearing in of deputies a few hours later.