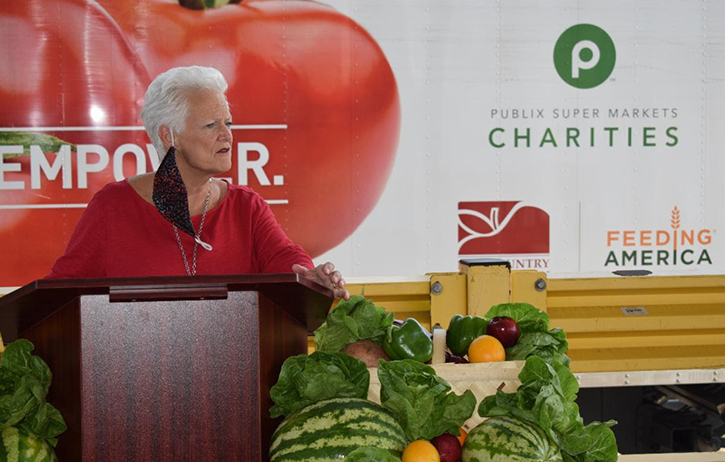 The Lowcountry Food Bank (LCFB) announced that it received a $125,000 donation from Publix Super Markets Charities last week to help feed Lowcountry neighbors who struggle with hunger. A socially distanced Publix check presentation was held at the LCFB on September 3 to kick off Hunger Action Month, a time when people all across the country are taking action to fight hunger.

The overall food insecurity rate in the 10 coastal counties of South Carolina has increased by 58% since the COVID-19 pandemic began in March. The increase in food insecurity for children is even more devastating at 76%, resulting in a total of 75,000 children who do not have consistent access to the nutritious food they need to live healthy, active lives. Publix’s donations in the Southeast since April 2020 total more than 11 million pounds of fresh produce and 500,000 gallons of milk. The Publix and Publix Supermarket Charities’ commitment to meeting the needs of the communities it serves makes a significant difference in the lives of Lowcountry neighbors year after year.

COVID-19 has created a tremendous increase in the demands on the LCFB and its partner agencies. The LCFB continues to meet increased food needs while facing challenges like higher costs of food procurement, tightening of the food supply chain and the need to modify how food is safely distributed to the community.

“It has been our privilege to support hunger relief throughout the Southeast for many years now, and this work has never been more important,” said Publix CEO Todd Jones. “We are grateful for the opportunity to support the Lowcountry Food Bank, to alleviate hunger in the communities we serve and to bring hope to those who need it most during these uncertain times.”

“Since April 2020, through its initiative to purchase surplus produce and milk from farmers and deliver it directly to food banks, Publix has donated more than 714,000 pounds of produce and 9,900 gallons of milk to the Lowcountry Food Bank,” said Pat Walker, LCFB President and CEO. “Publix practices an ongoing commitment to help alleviate hunger in all the communities they serve. We are grateful to Publix for consistently helping the Lowcountry Food Bank address the needs of the people we serve.”

During Hunger Action Month, the LCFB is hosting the virtual Activate to Fight Hunger fundraiser to help fight hunger and raise awareness of hunger issues in the Lowcountry. Participants are challenged to donate $32, tell 32 people and activate for 32 minutes to represent the weekly amount of SNAP benefits for one person. 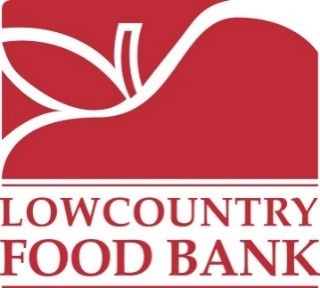 George Jenkins, founder of Publix Super Markets and affectionately known as “Mr. George,” believed in giving. From the day he opened his first Publix, he made sure his associates, customers and community were taken care of. In 1966, Mr. George established the Foundation with the vision it would continue giving long after he was gone. Publix Super Markets Charities remains committed to serving the communities in which Publix operates. To learn more visit publixcharities.org.