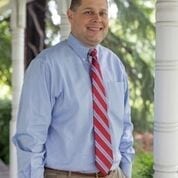 Local attorney Lucas C. Marchant announced his intention to run for 13th Circuit Solicitor, the chief prosecutor for Greenville and Pickens counties. Following Catherine Templeton’s selection of Walt Wilkins as her running mate, Marchant has decided to pursue the office of solicitor in November’s general election as an Independent Petition Candidate.

Wilkins is currently the sole candidate for solicitor, notably seeking re-election for a third term while simultaneously campaigning on the Templeton gubernatorial ticket. “I have always been interested in the position of solicitor,” Marchant noted, indicating his plan was to run for election once Wilkins retired. “I hope to give voters a choice since Wilkins is running unopposed, and I would be honored to serve.”

With over 18,000 cases currently pending in the 13th Judicial Circuit, a number that continues to grow each year, Marchant knows the kind of commitment and undivided attention that is required to see justice served within the Upstate. Marchant spent twelve years in the solicitor’s office as assistant deputy solicitor as well as the Violent Crime Team Leader, serving six years under Bob Ariail and six for Walt Wilkins. In 2016 Marchant opened a private practice after leaving the solicitor’s office to gain a well-rounded perspective of cases “from the other side.”

Because the filing deadline has passed, Marchant plans to run as an Independent Petition Candidate, which requires 10,000 signatures by July 16th in order to be added to November’s ballot. “While I know that gathering 10,000 signatures to run as an Independent Petition Candidate is a tough task,” Marchant acknowledges, “I am confident the voters will respond positively to having a choice and add my name to the ballot.”

Born and raised in Greenville with deep family roots, Marchant has been serving our community in numerous ways. Currently a board member of the Greenville Police Department Foundation and Meals on Wheels, Marchant also served on the board of the Julie Valentine Center for 3 years and is a graduate of Leadership Greenville and Leadership Greenville County. “I love the Upstate,” Marchant says, “It will be rewarding to go out and talk with the good people of Greenville and Pickens County and offer them the choice of having a candidate who is solely committed to their best interests.”

Marchant noted the enormous backlog of cases and his devotion to justice. “I intend to fully devote myself to reducing the backlog, among other reform efforts, which I look forward to sharing with voters soon.” As of now, obtaining the requisite number of signatures and keeping the voters informed of his progress is Marchant’s first priority. “Anyone who wishes to sign the petition is welcome to come to my office at 506 Pettigru Street, Greenville, SC 29601.” Other locations for the signature drive can be found at www.marchantforsolicitor.com.

ABOUT INDEPENDENT PETITION CANDIDACIES
An Independent Petition Candidate is an eligible elector who has chosen to run for an office in the general election, independent of the party primary election process. Independent Petition Candidates must meet all statutory and constitutional requirements to hold the office sought and must file a petition with a total of 10,000 signatures from registered voters who reside within the district. The petition must be filed by 12 noon on July 16, 2018.

For the past two years, Lucas has been in private practice handling a variety of legal matters. Prior to starting the Marchant Law Firm, he spent twelve years with the 13th Judicial Circuit Solicitor’s Office from 2004-2016, where he prosecuted nearly every type of crime that was committed in Greenville and Pickens County. Throughout his career he secured numerous convictions for Murder, Armed Robbery, Assault, Drugs, and other Violent Crimes. During that tenure he was appointed Assistant Deputy Solicitor and was responsible for managing administrative and legal aspects of both the Greenville and Pickens Offices. That dedicated service to law enforcement led him to being awarded Solicitor of the Year in 2012 by the Greenville County Sheriff’s Office.

Lucas and his wife, Jessica, and their two young children are active members at Fi