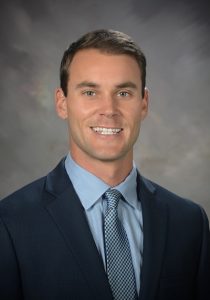 CarolinaPower, a leading employee-owned electrical contractor with offices in Greenville, Columbia, Charleston and North Augusta, has promoted Madison Younginer to Business Development Executive. Younginer joined CarolinaPower’s business development team three years ago as an account manager following 10 years in professional baseball. In his expanded role with the firm, Younginer will continue to focus on growing the company’s market share across the two-state Carolinas region while Mike Sease transitions to a consulting role.

In addition to identifying new projects and opportunities in the company’s key markets – industrial, premier commercial, healthcare and federal, Younginer will cultivate and maintain relationships with general contractors in the Carolinas. Another priority is to introduce CarolinaPower to end-users who have maintenance and service needs.

CarolinaPower President Chris Moore noted, “Madison has been a real asset to our company as CarolinaPower continues to implement an aggressive plan for growth in the Carolinas electrical service and construction community. He is a great advocate for the construction industry, especially when it comes to recruiting the next generation for careers in construction. Madison’s background in professional sports prepared him well for effectively interacting with people of different ages and backgrounds. And, like most elite athletes, he has a unique drive for results.”

Following his graduation from Mauldin High School in 2009, Younginer was drafted by the Boston Red Sox. He made his Major League debut on August 7, 2016, pitching against the St. Louis Cardinals for the Atlanta Braves. He officially retired from baseball after completing an Australian assignment in 2019 with the Canberra Calvary.