He had no birth certificate. When he needed security clearance to join the Marines, the FBI made up a birth date for him – August 25, 1937. Those 83 years have been nothing short of remarkable for James Capers, Jr., the son of a sharecropper from Bishopville, SC, who advanced from private to the rank of major in the US Marines, breaking many barriers on his journey.

In his book, Faith Through the Storm, Capers says his chances of being anything other than a sharecropper like his father were slim to none. As a youngster, he never imagined what he was destined to accomplish and the impact he would have on others. 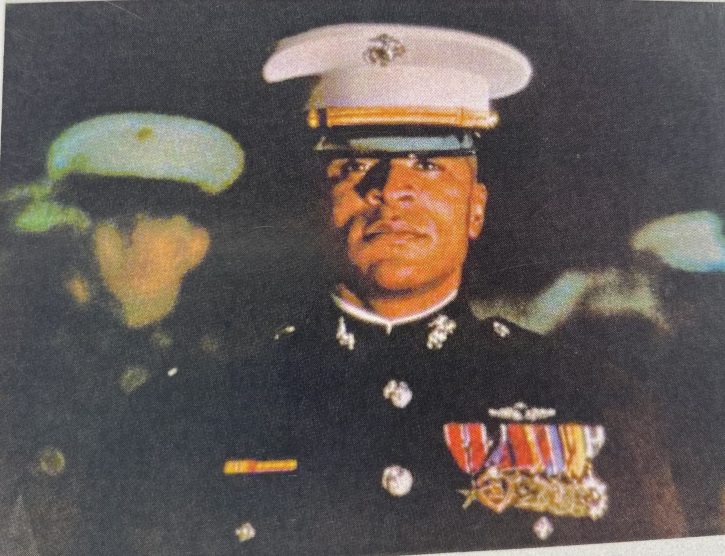 Capers was featured in the US Marine’s recruiting campaign in 1967.

A Black Boy and a White Family in the Early 1940s

Baltimore was the plan, but Capers was too sickly to travel so his parents made arrangements for him to stay behind with a white family whose lives were not much better than theirs.  In the early 1940s, this “tremendous act of faith and testament to human character,” as Capers defines it, was all but unheard of. Capers said the family had the decency to take him in and care for him duringx a time when it could have cost them everything they had – including their lives.

When I first started researching Capers, I wanted to know who the white family was. Having grown up in the same hometown, the chances were good that I would know them, or at least know of them.  I wondered how many other black families they may have helped. But those details really don’t matter; the only thing that matters is what they did — and what they did was remarkable. They changed the life of one person and that person changed the life of many others. Capers opened the door for other African Americans and today supports military victims of Post Traumatic Stress Disorder.

Capers doesn’t know what happened to the family and regrets that he never got the chance to thank them. He’s always known that the family’s sacrifices contributed to his successes and to the man that he became. Back when that white family in a small rural town opened their home to a sickly little black boy, they had no way of knowing he would become the face of recruiting for the US Marine Corp in 1967. They had no way of knowing that after being wounded in battle 19 times, their stowaway would use his experiences with PTSD to help others. They certainly never dreamed that the little boy they agreed to care for would be nominated for the Congressional Medal of Honor.

That white family couldn’t see into the future. They could only control their choices, so when Capers’s father asked them to take in his son, they made a brave, kind decision and said, “yes.”

In his book, Capers says that history has a way of forgetting good people and the little things they do that make our country great. Capers says he will never forget.  We shouldn’t either. 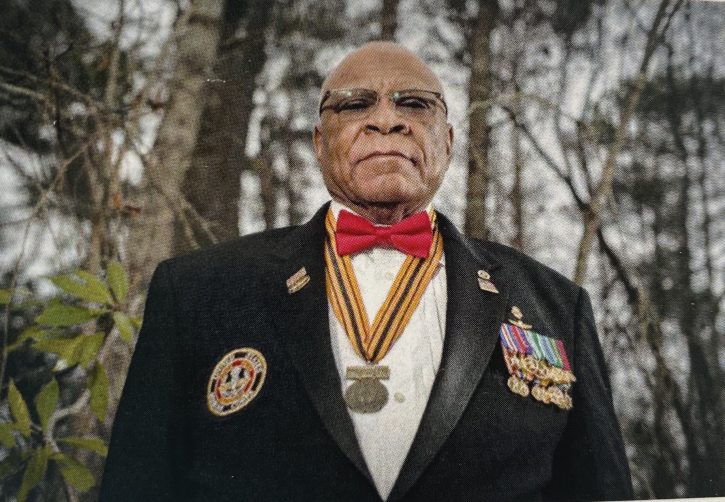 About 18 months ago, another Bishopville local, Darius James, was about to be promoted to Lt. Colonel when he stumbled across some information about James Capers, Jr.

How had Darius James never known about a man from his hometown who was the first African American to serve in and command an elite Force Recon unit?

Darius James knew it was rare for any enlisted man, much less an African American, to receive a battlefield commission, but Capers held that honor.  How had Darius James missed these stories about the trailblazer from his home town?

Darius James knew Capers’s stories needed to be shared with others so he reached out to the editor of the local newspaper who reached out to a volunteer with the Lee County Veterans Museum, Ronnie Williams.

Once Williams reviewed Darius James’ research and read Capers’ memoir, he put a plan into place. Because documents have recently become declassified, it’s easier to share Capers’ story.  Thanks to Williams and other volunteers in Lee County, we can all learn more about Capers’ remarkable journey.

On Saturday, August 29, veterans from all over the country will be in Bishopville, SC, for a parade and the unveiling and dedication of a bronze relief of Major James Capers, Jr.

And the young man from Bishopville who initially sparked the interest in Capers?  He was able to get in touch with the legendary man who inspired him, and he asked him to be a part of his pinning ceremony. Of course, Capers was happy to do the honors.

One life always affects another.  Countless men and women from small towns like Bishopville have served our country. Capers’s impressive career was full of firsts. It is good and right for us to honor his work and tell the stories of his life.

Through the story of Capers’s early life, we see the ripple effect of one good deed.  We see how the life of one can motivate or encourage another.  We’re all in this together.  Now more than ever, we need to remember that.

Our country needs soldiers like James Capers, Jr. and Darius James, and we need kind-hearted families who try to do the right thing, and we need hard-working volunteers like Ronnie Williams.

To James Capers, Jr. and Darius James and all the men and women in between, we thank you.  May you motivate and inspire us all.

Tammy Davis, a Bishopville, SC, native herself, was honored to help tell the story of the life of James Capers, Jr. For more information about the upcoming parade of veterans and the birthday celebration on August 29, visit www.sccotton.org and follow the links to the Capers celebration, or email Ronnie Williams at [email protected].  Subscribe to Davis’s blog at www.tammydavisstories.com or follow her on Facebook and Instagram.