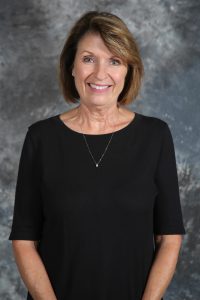 Following a dedicated 31-year career in education, Midway Elementary Principal Janet M. Fickling announces she will retire at the end of the 2021–2022 school year. Fickling joined Lexington County School District One 11 years ago when she was hired to lead Midway Elementary.

Of her service to MES and the Lexington community, Superintendent Dr. Greg Little says, “Jan is an incredible leader who has dedicated her life to children. She has enriched the lives of many through her service and I am grateful for what she has done for Lexington One.”

Coincidentally, Fickling began her career at another Midway Elementary School — in Cassatt, South Carolina — in 1992. She taught sixth grade and earned Teacher of the Year in 1994. In 1994, she transferred to Lugoff Elementary School, also in the Kershaw County School District, where she taught first and second grade over the next four years.

Following this success, she was promoted in 2009 to principal of Rice Creek Elementary School in Richland School District Two. During the two years she led RCES, the school earned national recognition as a Professional Development School for its critical teacher preparation partnership with the University of South Carolina’s College of Education.

In 2011, Fickling joined the Lexington District One family as principal of Midway Elementary where she has led with compassion and integrity for more than a decade. In 2017, SCASA named her a finalist for the prestigious South Carolina Elementary Principal of the Year award.

Under her leadership, MES’s language immersion program was honored by the French government with the LabelFrancÉducation award. USDA also awarded the school bronze-level status in its Alliance for a Healthier Generation Healthy Schools Program.

Fickling is an active member of SCASA, serving on the executive board and as former president of the elementary affiliate. She earned a Bachelor of Arts in interdisciplinary studies, elementary education as well as a Master of Education from the University of South Carolina. She also holds a Master of Science, leadership in educational administration from Capella University.