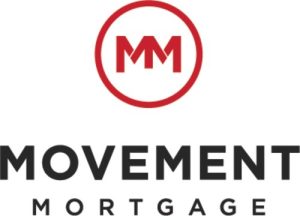 Prior to joining Movement as chief growth officer, Middleton served as president of sales development and recruiting at Fairway Independent Mortgage and chief executive officer of Fairway’s internal coaching platform, Fairway Ignite. A 34-year veteran of the mortgage industry, Middleton held leadership roles including senior vice president at Guild Mortgage Company and Liberty Financial Group prior to joining Fairway in 2013. In her new role, Middleton will lead Movement’s efforts to attract, onboard and develop sales leaders across the country.

Kevin McGovern joins Movement as director of coaching after serving as executive vice president for Fairway Independent Mortgage and chief operations officer for Fairway Ignite. McGovern has more than 30 years of sales and mortgage experience, including 16 years as a full-time coach. In 2011 McGovern founded his own coaching company, Making Better Happen, and in 2015 he joined Fairway to launch its internal coaching platform, Fairway Ignite, which grew to 175 coaches and over 4,000 clients served.

Movement Mortgage exists to love and value people by leading a Movement of Change in its industry, corporate culture and communities. Funding approximately $30 billion in residential mortgages annually, Movement is the sixth-largest retail mortgage lender in the US Movement is best known for its innovative mortgage process and referable experience, which begins with Upfront Underwriting and a seven-day loan processing goal. The company employs more than 4,000 people, has more than 650 branches in the US and is licensed in 50 states. After funding its balance sheet and investing in future growth, Movement’s profits are paid to its primary shareholder, the nonprofit Movement Foundation. To date, Movement Foundation has received more than $360 million of Movement profit to invest in schools, affordable housing, communities and global outreach. For more information, visit www.movement.com.