Nostalgia pulled at me hard. On the second Sunday in September, I decided to see three things that were no more. And so I drove up Georgia Highway 79 to mom’s old homeplace. Gone. As I approached the Broad River Campground, I turned in. I’d walk the shoreline and see land that had long been drowned.

The Broad River looked like a creek. Grass grew from earth exposed anew to sunlight. Far out there a large fallen tree emerged from low water. In its limbs a large bird appeared to flutter. A great blue heron? No, a U.S. flag. Old Glory leaned at a steep angle but was flying nonetheless. Today was no ordinary Sunday. It was the day the towers fell. Embarrassment swept through me. How we forget. 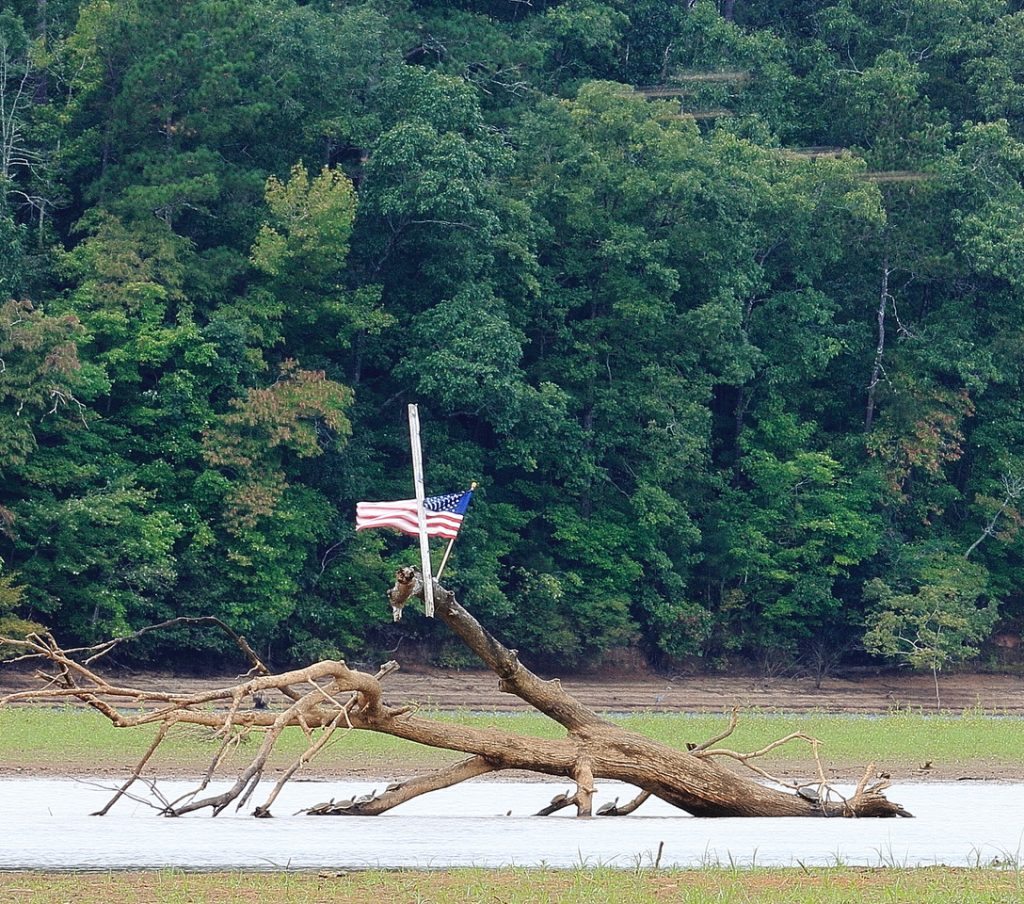 I trained a long lens onto the fallen tree. My imagination leaped to Iwo Jima. Seven turtles mounted the tree as if intent on raising the flag.

My next destination would be where the Georgia Guidestones had stood, blown up July 6. A few days later heavy equipment razed it, a danger to people they said. Lesser towers. Gone.

I needed to see where they had fell. I drove up Highway 79 through the granite capital of the world to Highway 77. I parked near the cyclone fence guarding nothing. Surveillance cameras were trained on me. Just like that a man pulled in by me. I expected that. An investigation is ongoing. 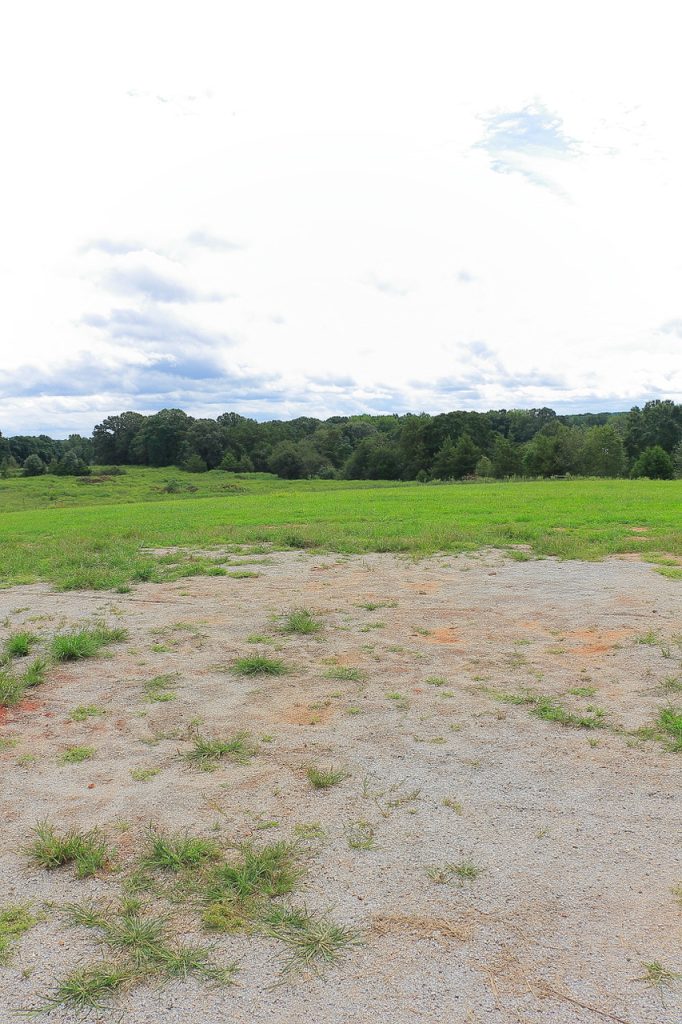 Rendered ordinary, where the Guidestones stood.

The fellow told me he’d never been here. My imagination got the best of me again. “I wonder if he’s the fellow who blew ’em up.” Then I thought, “Probably a GBI agent come to check me out.” We talked a bit, and then he left. It was curious, this fellow’s brief visit.

I stood where the 20-foot-tall granite columns once stood. Some 237,746 pounds of blue granite turned art, turned philosophical. Gone. I studied the ground—nothing but flakes of granite, like spalls from some ancient tribe. Grass strung green strings across the spot visitors’ feet had long kept clean. Earth was reclaiming hers.

Then my mind receded. I was 24 when I began teaching at a college. I was a green banana, naive as they come. One day, a U.S Army colonel turned history professor took me aside. He had worked in the Pentagon. I deemed him wise; he judged me wide-eyed and green I’m certain.

“I want to teach you something,” he said, “and I never want you to forget what I tell you.”

Through the thick lenses of his glasses I could see years of discipline in his eyes, early mornings, and war. I saw disappointment too. It was his last day at the college.

Standing in the midst of what had been the Stonehenge of the South, I knew what he meant.

Back home from my Sunday of remembrance and a flag in a dead tree awaiting water to drown it yet again, I did some thinking. Then I did some reading about the Guidestones’ destruction. A telling quote leaped off the screen into my consciousness.

“The stones would probably have survived a nuclear war,” said a local historian, “but they could not survive Southern culture.”

I like the Guidestones. I put them in a book, magazines, and newspapers. I took people there to see and photograph them. It was as close as I’d ever get to Stonehenge. I hear there’s some support for rebuilding the Guidestones. Like the Phoenix, if it rises again, will it survive the Southern culture? I know what the Colonel would say. Maybe you do too. I suppose we’ll see. Maybe.