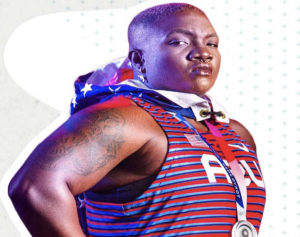 The Charleston native and Burke High School graduate achieved international acclaim at the Summer Olympics in Tokyo, Japan for her 19.79 meters shot put throw. Joining Mayor Tecklenburg for the announcement were Robert Crawford, President of the Emancipation Proclamation Association of Charleston and Dr. Tonya Matthews, President and CEO of the International African American Museum.

The Charleston Emancipation celebration has been held on New Year’s Day since 1866 and is considered our nation’s oldest parade commemorating the Emancipation Proclamation.

The January 1st parade will step-off at 11 a.m. from Burke High School and proceed East on Fishburne Street, North on Ashley Avenue, East on Sumter Street, South on King Street, East on Calhoun Street, South on Wharfside Street and conclude at the construction site of the International African American Museum, located at Gadsden’s Wharf where up to 40% of all enslaved persons brought to America were disembarked from slave ships.

Proceeds from the parade’s enrollment fee will benefit the Albert W. Hunt Education Scholarship Program, which is maintained by the Emancipation Proclamation Association of Charleston, a local non-profit organization and sponsor of the parade. For more information visit: www.chsepa.wordpress.com.