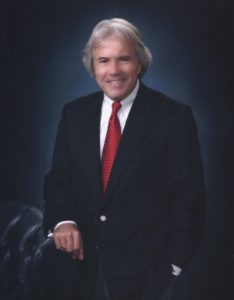 “Bill McCrary’s career has centered around a commitment to excellence that has had an incredible impact on his company, employees, community, and South Carolina’s manufacturing industry,” said Sara Hazzard, President and CEO of the South Carolina Manufacturers Alliance. “Bill knows first-hand that American manufacturing drives economic opportunity and commerce, and his remarkable career and dedicated service highlights how strong leadership can transform communities for the better. We are thankful for all that Bill has accomplished during his time with William Barnet & Son, LLC and wish him the best in all of his future endeavors.”

Mr. McCrary is the Chairman of William Barnet & Son, LLC, a synthetic fiber/yarn/polymer firm with plants and/or offices in the Americas, Europe, and Asia. He became Chief Executive Officer in 2001 and then Chairman in 2017. Mr. McCrary has been with the company since 1970 in a variety of responsibilities.

Mr. McCrary is a member of the Palmetto Business Forum and a graduate of Duke University. Recently, he has spent more time focusing on and supporting various projects in the Greenville community, including the McCrary Blood and Marrow Transplant Unit at the Greenville Hospital System that opened in 2017 and the Phase II expansion of Cancer Survivors Park.