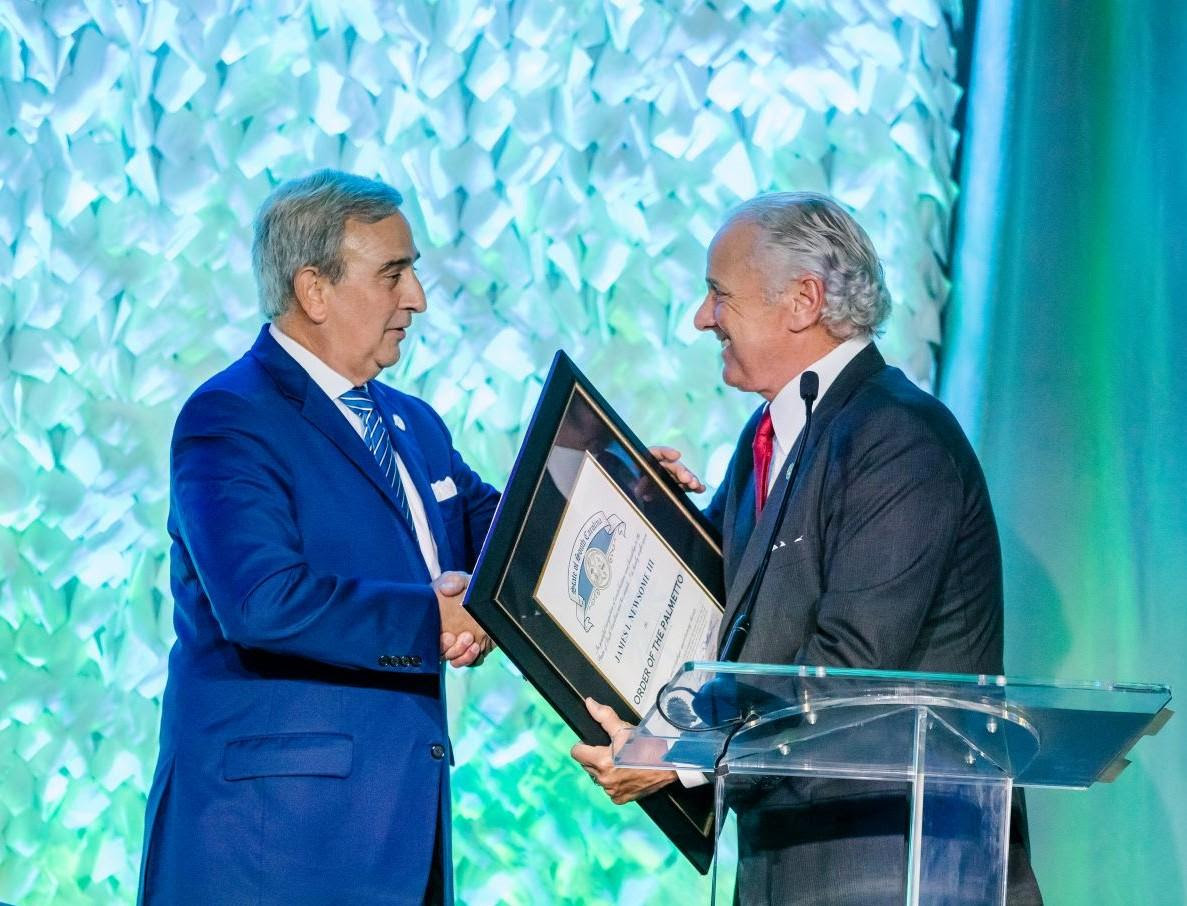 The Order of the Palmetto is the highest civilian honor in South Carolina. The award recognizes one’s lifetime achievements and significant contributions made to the state.

“With Jim Newsome at the helm of South Carolina Ports since 2009, our world-class port has grown significantly, attracting new business and jobs to South Carolina,” Governor Henry McMaster said. “The Order of the Palmetto not only recognizes Jim for his impressive achievements and the success of South Carolina Ports, but also honors Jim for everything he has done in service of the people of our great state.”

Under Jim’s leadership, SC Ports has significantly enhanced port operations and grown its cargo base, attracting global companies to move goods through the Port of Charleston. SC Ports’ handles imports and exports for companies throughout South Carolina and beyond.

The Order of the Palmetto honors these significant contributions to the state, as well Newsome’s commitment to service by serving many nonprofits and mentoring supply chain students.

Following 13 years as CEO of SC Ports, Newsome will step down June 30. SC Ports COO Barbara Melvin will assume the role of president and CEO on July 1. Melvin will be the sixth leader in the history of the port and the first woman to lead a top 10 U.S. operating container port.