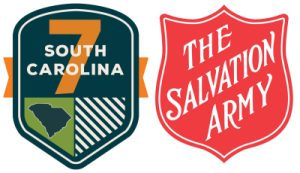 Surprise celebrities to join the seasonal effort “doing the most good”

Members of the South Carolina Seven (SC7) statewide expedition team and the Mullikin Law Firm – several of whom serve in both organizations – will join hands this Christmas season in support of the Salvation Army by ringing the bells in Camden for those less fortunate in the Midlands.

“This is one of those holiday traditions that was and is a no-brainer for us,” says Dr. Tom Mullikin, director of SC7 and a founding partner of the Mullikin Law Firm. “I’m excited about this because not only are we going to be able to help others during a season when the need is so obvious to all, but we are planning to have several surprises in terms of who will be donning a red apron and ringing a bell with us in December.”

Camden is considered an “under-tapped opportunity” for the annual Red Kettle campaign so say Salvation Army officials, who view the SC7 and Mullikin Law effort as a means of both raising money and boosting awareness “in a huge way” of the need from within the oldest inland city in South Carolina.

“We are thrilled that SC7 and the Mullikin Law Firm will be ringing the bell this year in historic Camden,” says Major Mark Craddock, Salvation Army Area Commander. “We hope this will truly become a spirit-filled inaugural event encouraging other groups in the Camden area to become a Red Kettle partner and support people in need right here in the Midlands.”

Mullikin agrees, adding that he hopes this year’s bell-ringing effort will begin for his two organizations a new regular annual tradition.

“The Salvation Army of the Midlands has long been a force for good in central South Carolina,” says Mullikin. “We want to be part of that force, which in many ways parallels not only the work of Mullikin Law, but what we do through SC7 and its founding organization Global Eco Adventures which also helps many underserved Midlands-area communities year round.”

SC7 and the Mullikin Law Firm will be ringing the bells for the Salvation Army all day, Monday, December 19, in front of Hobby Lobby, 2209 W. Dekalb Street in Camden.