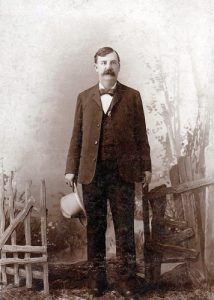 Can’t make it to College Station for the showdown between the Gamecocks and Texas A&M on Saturday, Nov. 16?

Then come on out to the South Carolina Confederate Relic Room for “Palmetto and Lone Star” day, a celebration of historical and cultural connections between the great states of South Carolina and Texas. It will be a full day, but we’ll have you out in time to watch the football game.

Meet historical re-enactors from the 1830’s “Texian” era, though the 1916 deployment of South Carolina soldiers near El Paso during the “Blackjack” Pershing’s Punitive Expedition against Pancho Villa. Hear a first-person presentation on the life of famous Wild West Marshall “Heck” Thomas, and witness a recreated gunfight at High Noon!

You’ll learn about the myths and realities of Old West guns and gunplay. You’ll remember the Alamo, and that thirteen South Carolinians fought and perished there. A full day of Palmetto pistoleros!

Here’s the schedule of events:

10 a.m. – Event opens.
10-2 p.m. – Re-enactors from Military Timeline Impressions and the National Congress of Old West Shootist will be prowling the premises.
11 a.m. – First-person presentation about Old West Marshall “Heck” Thomas, who retired to South Carolina after his law enforcement career. Hub Clapper will appear in the role of Marshall Thomas’ son, telling the story of his famous father.
10:30, noon and 1:45 – Presentations by NCOWS, with the mock shootout (with blanks, folks) occurring at noon.
1 p.m. – Curator of Education Joe Long will deliver a presentation on “South Carolinian Adventures in the Lone Star State,” ranging from William Travis and James Bonham at the Alamo to the post-Civil War career of outlaw “Manse” Jolly, supplemented by a special showing of artifacts.
3:00 p.m. – Film historian John Carter will speak on “How TV Was Won: The West and Television in the 1950s,” examining the source of what most of us think we know about the Old West.

Those wishing to attend the three lectures – at 11, 1 and 3 – must purchase a ticket to the museum. The other events, in the museum’s atrium, are free.