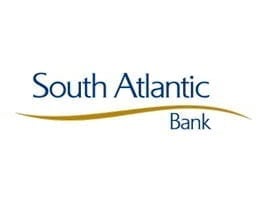 The stock dividend provides shareholders with one new share for every ten shares held, with fractional shares rounded up to the next whole share. It is the third dividend declared in the Company’s history, with the first two, also 10 percent stock dividends, paid in December 2012 and December 2015, respectively. This latest dividend will increase the company’s outstanding common shares of stock to approximately 6,417,777 shares, an increase of 583,071 shares.

In making the announcement, chairman of the board and chief executive officer K. Wayne Wicker said, “The dividend marks the significant progress our Company has made in its ten-year history. Our geographic footprint now spans 130 miles of South Carolina coastline from North Myrtle Beach to Charleston. Our seven full service locations and operations are staffed by experienced, local bankers. During periods of expansion, we improved our financial performance while further developing our presence in our new and existing markets.”

The Company’s common stock is listed on the OTCQX Marketplace. Investors can find current financial disclosures and Real-Time Level 2 quotes for South Atlantic Bancshares, Inc. by visiting www.otcmarkets.com and entering the symbol “SABK.”

About South Atlantic Bank
South Atlantic Bank, the subsidiary bank of South Atlantic Bancshares, Inc. (OTCQX: SABK), is a $519.0 million financial institution that is locally owned, controlled, and operated. The Myrtle Beach-based bank operates five offices along the Grand Strand and recently opened a regional headquarters for the Charleston market in Mount Pleasant along with an office on East Bay Street.