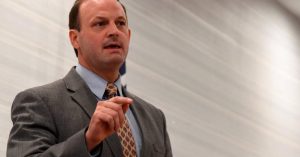 South Carolina Attorney General Alan Wilson confirms that the state’s Fetal Heartbeat Act is now in effect after the U.S. District Court of South Carolina stayed the injunction that was blocking implementation of the law.

“The Heartbeat Law is now in effect. Once Roe v. Wade was overturned by the Supreme Court, the decision on legally protecting the lives of unborn babies was returned to the states, so there was no longer any basis for blocking South Carolina’s Heartbeat Law,” Attorney General Wilson said. “Our state is now carrying out a government’s most sacred and fundamental duty, protecting life.”

South Carolina’s law outlaws abortions after the point at which a fetal heartbeat is detected and requires an abortionist to give a mother the opportunity to view an ultrasound, hear her child’s heartbeat, and receive information about her child’s development. There are exceptions allowing abortions in cases of rape or incest, as long as the fetus is fewer than 20 weeks along, and in cases in which an abortion is necessary to save the life of the mother.

You can read the order here.