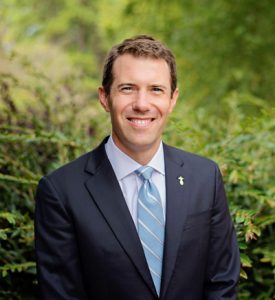 Shugart is a Certified Mortgage Banker and joins Southern First with over 15 years of experience in the industry. After graduating from Wofford College with a bachelor’s degree in business and government, Shugart began his career as an Account Manager at Republic Mortgage Insurance Company, where he developed client relationships with mortgage lenders and banks across South Carolina and Georgia. He then served as Director of Residential Business Development and Senior Vice President at SouthState Bank for almost nine years. During this time, Shugart was involved in all aspects of the business including mortgage loan origination and operations, wholesale mortgage, mortgage servicing, marketing, and technology. Most recently, Shugart served as Enterprise Relationship Manager for ICE Mortgage Technology, a leading technology provider for the mortgage industry. He is currently pursuing a Master of Business Administration at Clemson University.

In his role at Southern First, Shugart will be responsible for the growth and development of the bank’s mortgage lending division. Selected for the role because of his depth of expertise in process management and technology, Shugart will enhance Southern First’s mortgage operations, ensuring the bank provides concierge level service to borrowers throughout their path to homeownership. “We are excited to bring Chris on board to lead our mortgage team,” said Art Seaver, CEO. “His vision will establish Southern First as a mortgage leader in all of the eight markets we serve.”

“I’ve known Southern First for a long time and have always been impressed by what Southern First has done,” said Shugart. “To be a part of that story and future growth is incredibly exciting.”