Indians watched which mushrooms animals ate and thus did they try them as well. That took courage. Not long ago I stood over the grave of a man who died at 51 from a poisonous mushroom. That would be the Reverend Jean-Louis Gibert who sleeps in Badwell Cemetery. He died in 1773. Perhaps a new world mushroom looked like one he had enjoyed back in Huguenot-persecuting France. Curtains! 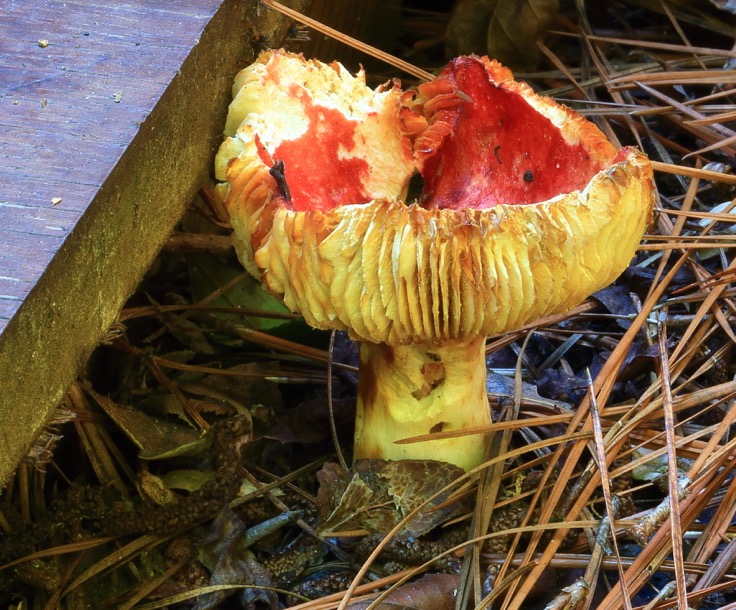 Come autumn mushrooms pop up everywhere and I wonder. Safe to eat? I’ve considered picking my own mushrooms but my cautious nature stops me. I’ll leave that to the experts. Still, these strange life forms fascinate me, and not just when they’re sautéed and covering a steak or marinating in a bubbling pot filled with simmering spaghetti sauce. No, mushrooms’ overnight emergence, colors, and alien shapes please my eye. And to behold a fairy ring on a cool, misty October morning is to see the fungal world’s version of Stonehenge or a circular Indian village of tents. But no fairies danced on my lawn overnight, fungal magic shot up these strange life forms. It made me curious and thus did I discover the word, “mycelium.”

Mycelium, the vegetative part of a fungus or fungal colony, consists of white thread-like hyphae. That’s a $5 word for filaments. You’ve seen them. They look like fiddlestick clumps of pine needles turned a whiter shade of pale. Mycelium masses appear in decomposing organic matter and as white patches in soil and on rotting wood. When mycelium runs out of food it produces mushrooms. Mycelium’s been called Earth’s natural Internet, and it promises help with cleaning up oil spills, absorbing farm pollution, fighting off human diseases, combating destructive insects, re-greening the planet, and creating a sustainable fuel source. 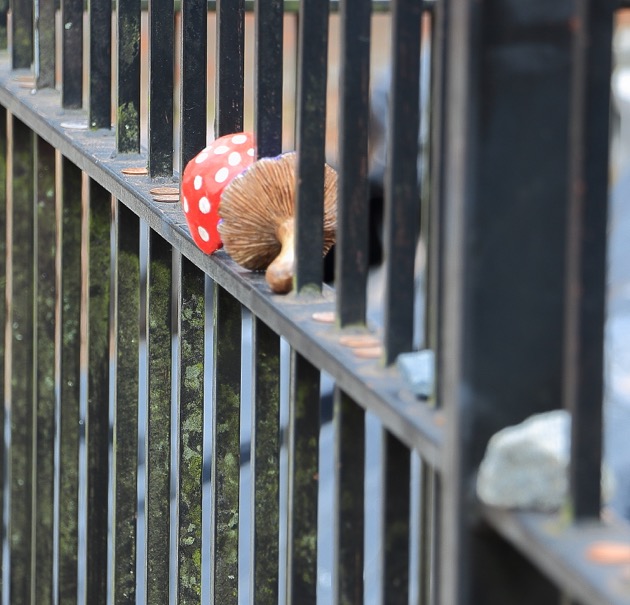 All that sounds good. Still, when I think of mushrooms, two images come to mind. That stem-chewing squirrel and Greg Allman’s grave at Rose Hill Cemetery in Macon, Georgia. There by the banks of the Ocmulgee River on a cool blue-shadowed January afternoon I noticed red-and-white mushrooms lay scattered across Greg’s gravesite. Some had been placed on the fence protecting his grave. Some were real, some plastic. Maybe the Multicolored Lady left them, or perhaps it was the Queen of Hearts. The Brothers, you know, did a lot of psychedelic mushrooms and mushrooms became an iconic emblem for the band. They even tattooed them on their legs.