An Enduring Icon Endures No More 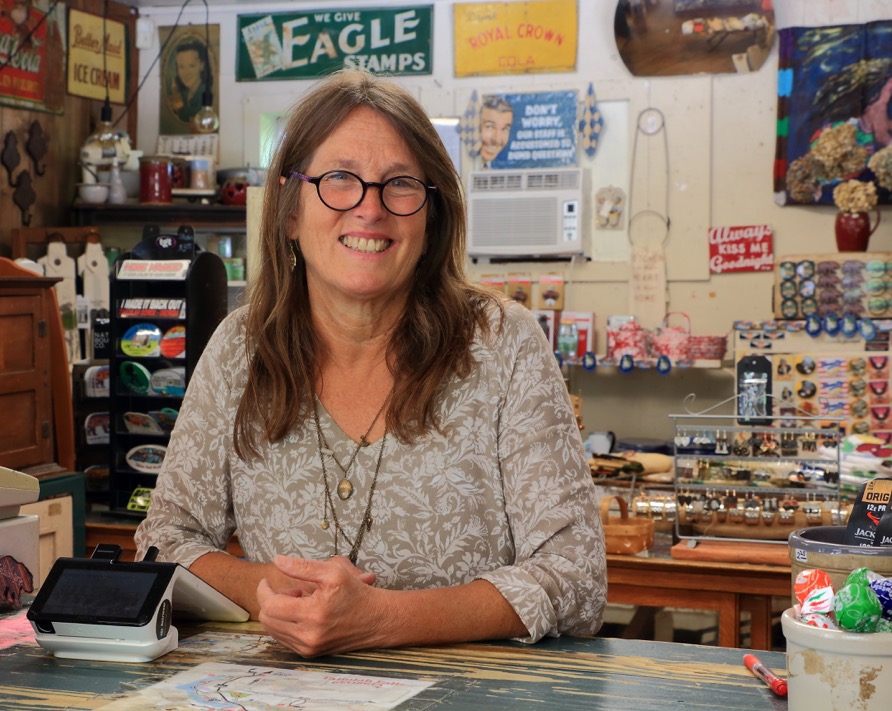 In that precious time of boyhood summers, our family would drive from Lincoln County, Georgia, to the North Carolina Mountains. That meant a winding trip up Old US 441. Back then we had no Disney World. We got our thrills at mountain overlooks and Tallulah Gorge stopped us in our tracks. I’d dash from the car straight to the porch. Just like that I beheld the Grand Canyon. I’d stare across a wide, deep chasm, and see red-shouldered hawks riding thermals.

The old tourist stop at Tallulah Gorge looms deep in my memories, 1,000 feet deep. When passing that way I always stop. On a recent trip to the Chattooga River, I drove Old US 441 and made my way to the gorge. There, I met Mary Beth Hughes, operator of Tallulah Point Overlook. “I’ve been coming here all my life,” I told her. “So have I,” said a man overhearing me.

Closing? A place people have been going to since 1912, closing?

Only a few have run this mountain overlook, an enduring attraction with stay power. Harvey’s Famous Lookout operated from the early 1900s until mid 1980s, then it ran as Tallulah Point until 1989. It’s been Tallulah Point Overlook since 1994. 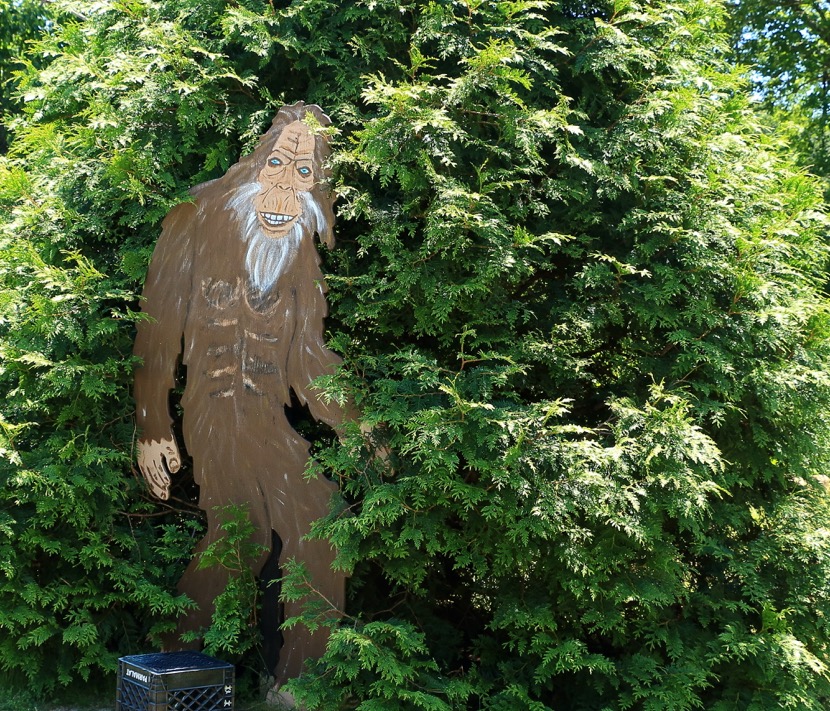 Big Foot will no longer be at the gorge.

The Tallulah River runs through the gorge and mountain water runs through Mary Beth Hughes’ blood. Mary Beth and the overlook were destined to meet. After graduating from Appalachian State University, she lived in Boone, North Carolina for six years. Then wanderlust struck.

“In 1987 I got at job at New Morning Gallery in Asheville. Shortly after working there, we started carrying rustic twig furniture. I thought I needed to meet the artist.” Meet the artist, Don Bundrick, she did.

“Two years later we married and I relocated to his home in Tallulah Falls, Georgia, in 1990. A young married couple with a two-year-old son, we needed something to do in addition to Don’s furniture creations. It was 1994 and we knew Tallulah Gorge State Park was being formed. Don, an ex-Outward Bound instructor, had the idea to rent mountain bikes to park visitors.”

Red tape discouraged them, so they decided to sell t-shirts and drinks and rent mountain bikes elsewhere. Tallulah Point was unoccupied so Don talked to the owner who agreed to rent them part of the building.

To Earth’s Edge
“We borrowed $100 off our credit card to buy drinks and candy from Sam’s Club. Friends helped us paint the interior. Artistic friends put handmade items in our store on consignment. There was also old inventory in the shop that the owners agreed to split 50/50 with us.”

They opened Tallulah Point Overlook on what seemed the edge of Earth August 20, 1994. “We had no business plan and no capital. We didn’t even have mountain bikes. That very first day, we made $200, doubling our $100 Sam’s Club investment. We bought mountain bikes in September on our credit card.”

Misfortune arrived the next summer. Thieves stole all the mountain bikes. “Fortunately the shop had taken off,” said Mary Beth. They started a side business, Tallulah Adventures, and rented canoes and funyaks. They offered rock climbing trips, guided hiking, camping trips, and mountain bike rentals. Eventually they narrowed things down to canoe rentals but in time that fell by the wayside. 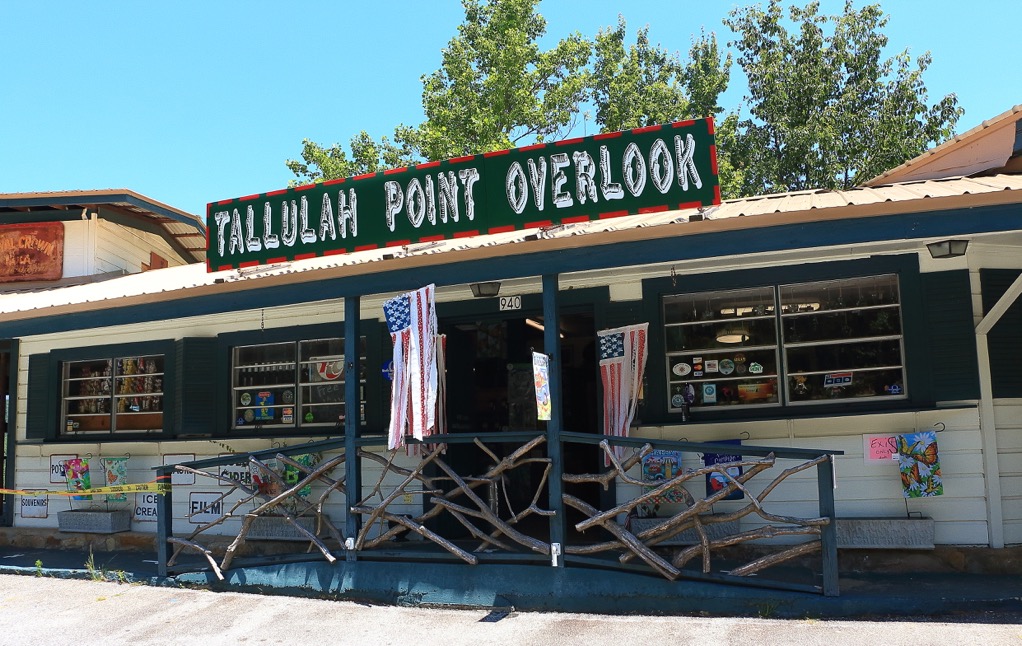 People have long stopped at this store perched on the edge of Tallulah Gorge.

Their best asset? That wonderful view from Tallulah Point. You cannot drive by without stopping. “We just stumbled into running the Point,” said Mary Beth. “We had no idea what the future would bring.”

Well, the years brought folks like me and they brought change. Mary Beth and Don divorced in 2009. “I got the business since I worked it the most. Don had other interests he wanted to pursue.” 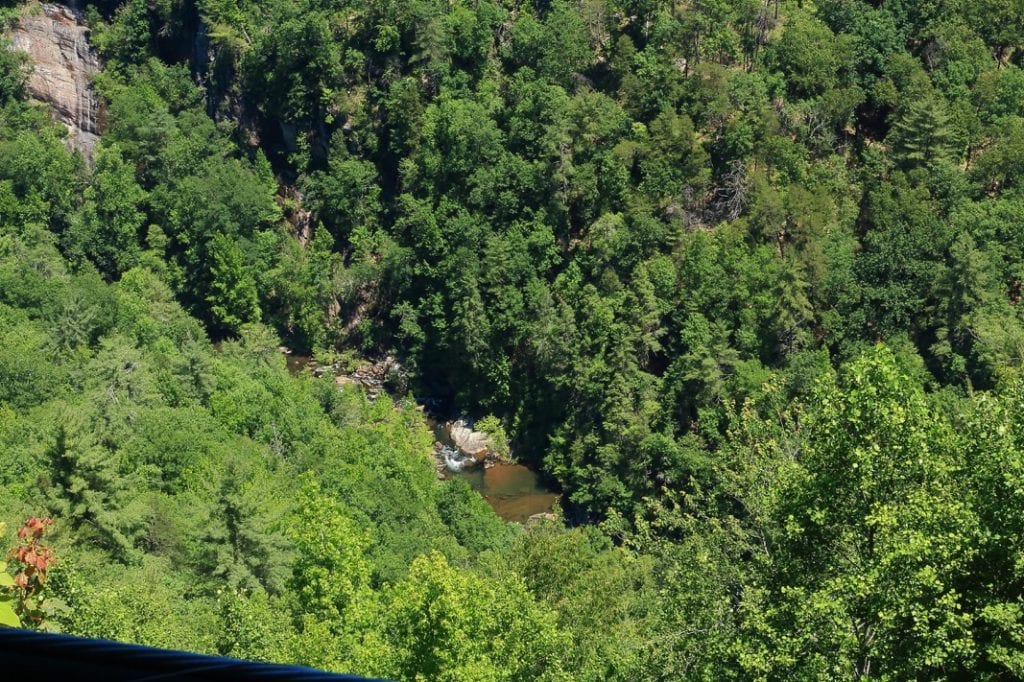 The years brought great memories too. “Burt Reynolds came in. We were too shy to say anything, as we weren’t sure it was really him, but as his party was leaving, I asked a woman if he was Burt Reynolds. ‘Yes,’ she said. I get a kick out of telling folks Burt Reynolds used our restroom.”

Maynard Jackson, former Atlanta mayor, and Randall Bramblett, a musician, visited the Point. “One of my favorite bands is Blackberry Smoke, a southern rock band out of Atlanta,” said Mary Beth. “Last year I met the band members and I was telling lead singer, Charlie Starr, where I lived. He said he and his wife loved camping up here and when she was eight months pregnant, they climbed the steps into the gorge, then went to this great little shop on the edge of the gorge, my place. It made me smile knowing the lead singer had been in my shop.”

The outlook was closed from 1989 to 1994. “When we opened, people thanked us. They were glad to see it open again since many had been coming here since they were children.”

I knew what she meant. For decades the Point has drawn me back. I took my two daughters there. I’d go out of my way to see the place. Going to the Chattooga? The Point is not far.

Mary Beth turned wistful. “Many people tell us they’ve been coming since they were children. Parents who brought their kids now bring grandchildren. It’s a place of family traditions and memories. People are sad that we will no longer be here.”

Part Two concludes the story of how an iconic tourist stop is relocating to Tallulah Falls, Georgia.