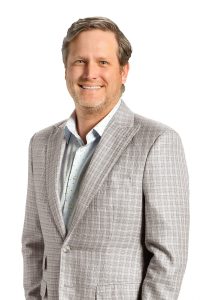 SPARTANBURG, SC – Clayton Construction Company, Inc. announced the hiring of Taylor Fisher as Director of Business Development. Taylor comes to CCC from Spencer Hines Properties, where he served as a Vice President/Commercial Broker Associate for the past 7 years.

Fisher will be taking over many of the daily operations held by former Vice President of Business Development, Todd Horne, who was named President of the company in January of 2022. His new role will be to identify and develop relationships with industry professionals to generate new business opportunities. Clayton Construction Company, Inc. is a commercial general contractor that specializes in turn-key construction projects in the Southeast.

Fisher served five years with 7th Special Forces Group out of Fort Bragg, NC.  While there he was a Communications Sergeant on a HALO (High Altitude Low Opening) ODA.  During his time, Taylor was deployed to Afghanistan as a member of Operation Enduring Freedom.

Taylor Fisher was born in LaGrange, GA and was raised in Hickory, NC.  He moved to Greenville following his time in the military where he currently resides with his wife, Gypsy, and two children, Miles (6) and Tee (3).