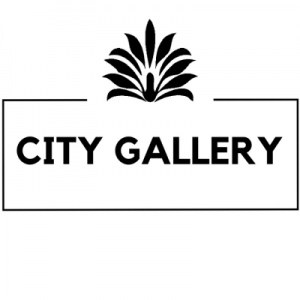 The City of Charleston Office of Cultural Affairs presents two concurrent exhibits, Without Regard to Sex, Race, or Color by Andrew Feiler and HBCUs: Creating Power Through Education by Synthia SAINT JAMES, on view at City Gallery August 23 through October 6. The two distinct shows examine race, privilege, and the power of education through photography and giclees on canvas. City Gallery will host an opening reception on Thursday, August 22 from 5:30-7:30 p.m. An artist’s talk with Andrew Feiler will be held on Sunday, September 22 at 2 p.m., and an artist’s talk with SAINT JAMES will be held on Friday, September 27 at 1 p.m., both at City Gallery.

Photographer Andrew Feiler is a fifth-generation Georgian who brings his upbringing to bear in Without Regard to Sex, Race, or Color, a photographic study of Morris Brown College in Atlanta, Georgia. In 2010, Dr. Stanley Pritchett, Sr. became the 18th president of Morris Brown College, an historically black college, at the height of one of the worst real estate depressions in 75 years. Faced with mounting debt, Dr. Pritchett laid out his plan to sell the property on the periphery of the campus, pay off the college’s debts, and reconstitute the institution in the heart of the old campus. Under Dr. Pritchett’s leadership, in 2015, the school emerged from bankruptcy. Feiler’s work documents this era and exposes the inequity that while roughly one hundred Historically Black Colleges and Universities (HBCUs) make up just 3% of colleges in America, their enrollment represents more than 10% of African Americans who go to college and more than 25% of African Americans who earn degrees.

“These photographs put into perspective Morris Brown College’s great legacy and history; they give a glimpse of what once was and, more importantly, offer a vision of what can be,” says Dr. Pritchett. “The photographs convey a sense of rough edges, of incompleteness, reminding me of an unpolished stone. They inspire me to want to make a difference, and I hope they will motivate others to be a part of our transformation.”

Andrew Feiler was raised Jewish in Savannah, Georgia. His experience as a minority in the South influences his work, which has won numerous awards and has been featured in museums, galleries, magazines, newspapers, and is in a number of private and public collections. The Wharton School of the University of Pennsylvania graduate holds a Master’s in Modern History from Oxford University and a Master’s in Business Adminsitraton from Stanford University.

On the second floor of the gallery, acclaimed artist Synthia SAINT JAMES presents her first 12 commissioned Historically Black Colleges and Universities paintings as giclees on canvas. These works, created between 2011 and 2019, include commissions unveiled in association with the installation of a new university president at several prestigious HBCUs. The California-born, self-taught artist —a Trumpet Award, Coretta Scott King Award, and History Maker Award winner, as well as Honorary Doctorate of Saint Augustine’s University, and the creator of the very first United States Postal Service stamp Kwanzaa Commemorative Stamp in 1997— draws inspiration from her African American, Native American, Haitian and German Jewish heritage in her brightly colored paintings. In HBCUs: Creating Power Through Education, she celebrates the institutes of higher learning, their historic anniversaries, and their inaugurations of presidents.  SAINT JAMES is the official poster artist for the 2019 MOJA Arts Festival.

City Gallery, located at Joe Riley Waterfront Park, is owned by the City of Charleston and operated by the City of Charleston Office of Cultural Affairs, presenting an annual program of exhibitions and events featuring the finest contemporary art from local, regional, national and international artists, with a focus on the Lowcountry. City Gallery provides access to the visual arts for everyone in Charleston, visitors and residents alike, by offering exhibits that are all admission-free. City Gallery is located at 34 Prioleau St. in downtown Charleston, and gallery hours of operation are 11 a.m. until 6 p.m. Tuesday through Friday as well as 12 p.m. until 5 p.m. on Saturday and Sunday. For more information and holiday closures, visit www.charleston-sc.gov/citygallery or call 843-958-6484.