The Central Midlands Regional Transit Authority (The COMET) has partnered with the City of Columbia’s Complete Count Census Committee to help spread the word about the importance of completing the 2020 Census. The groups will host a live virtual press conference, today at noon on the Freethinkers Radio network, unveiling two fully wrapped buses with artwork designed to encourage Census participation. The partnership began in October of last year with the inclusion of Census information on all The COMET Buses detailing how riders can complete the Census online, by phone, or by mail. Link to this event on Facebook, YouTube, or Freethinkers.com 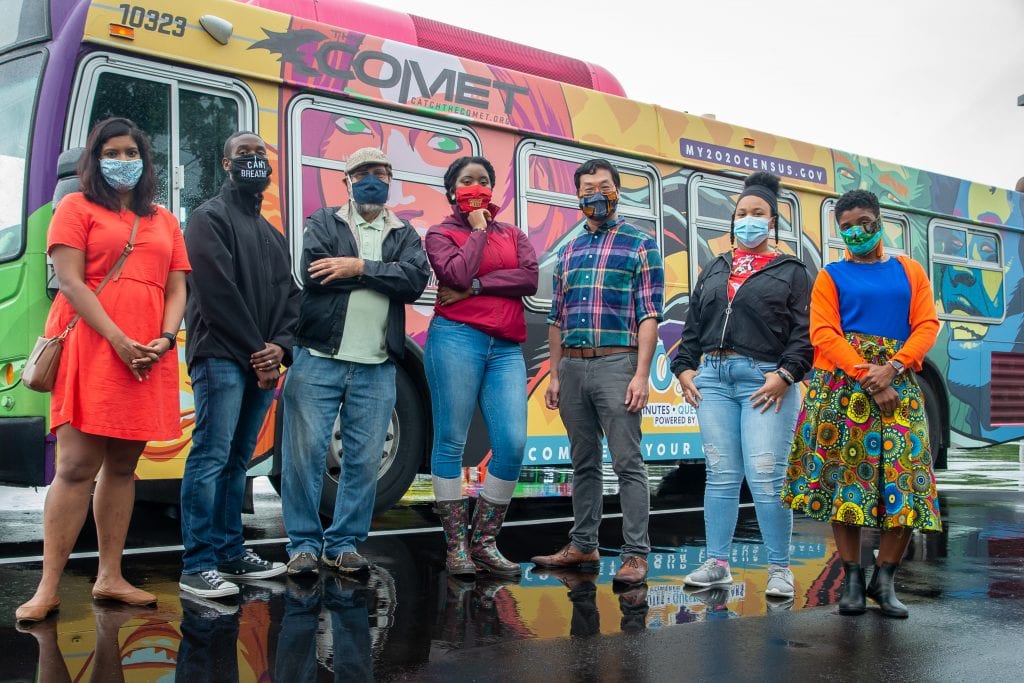 The City of Columbia Complete Count Committee is a group of individuals representing businesses, organizations, communities, and issues throughout the city of Columbia. The COMET’s CEO, John Andoh, is one of the members of the committee who is passionate about the group’s efforts to increase Census participation because of the effect the Census has on infrastructure and development in local communities. “The COMET is pleased to be a part of this great initiative that includes citizens who may be undercounted. It is vitally important for all citizens to participate in the Census in order to ensure access to essential resources and services, such as public transportation.” said Andoh.

In addition to infrastructure and development, the Census helps determine how more than $800 billion dollars will be allocated to local communities for education, social services, and other important funding areas. The census also determines reapportionment which determines the population counts required for the redistricting of U.S. House seats. In order to emphasize the potential impact of the Census, the local committee has relied on innovative and relevant strategies which have included employing the creativity of two local artists to design marketing graphics that captivate and drive the message home. 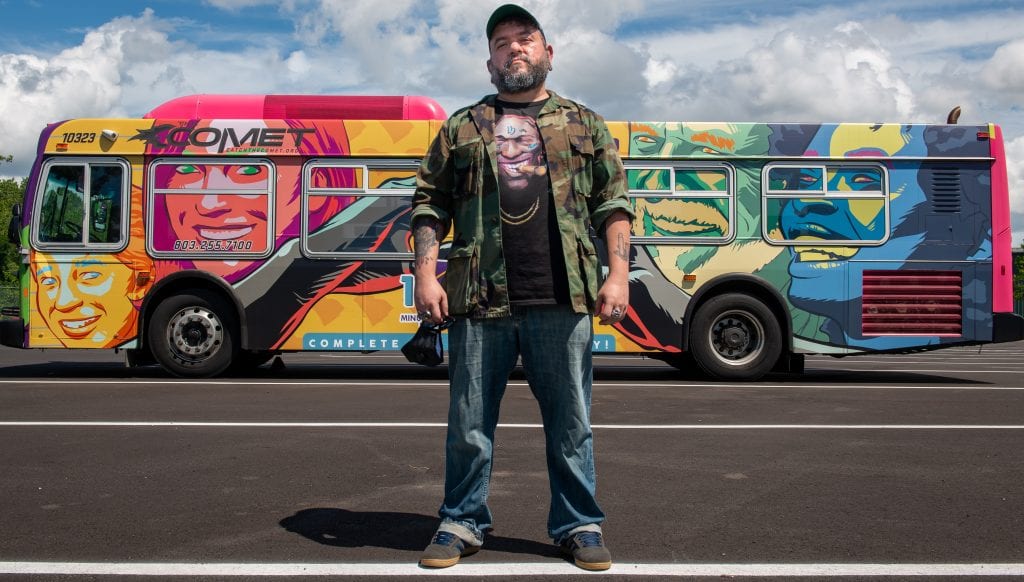 Dre Lopez, one of the artists whose talents have lent themselves to the committee’s outreach efforts says he has been involved in Census efforts through working with groups such as Palmetto Luna and saw the opportunity to support the Columbia Committee’s efforts as a way to expand his community engagement and to help ensure the public would take note of the materials being marketed and distributed. Lopez says, “Humans, being visual creatures, will always be attracted to quality that is conveyed more efficiently.” The committee is counting on the artwork to grab and keep the public’s attention.

The effort to grab the attention of residents for Census Outreach has also been supported by Cornelius Cakely. Now a professor at Claflin, Cakely began his career in art as a graffiti artist in the 80s. His color palette served as a guide for Lopez’s billboard and bus designs. Cakely uses colors which are intended to evoke feelings of calm, safety, and trust – trust being especially important as individuals completing the Census are invited to do so online for the first time ever this year.

The COMET buses featuring the local artists’ designs will run until September. In response to the COVID-19 pandemic, the U.S. Census Bureau has extended Census operations through later this year. The public is encouraged to visit www.my2020census.gov or call 1-844-330-2020 to complete their Census form and to www.census.gov for more information.

The COMET is a service of the Central Midlands Regional Transit Authority and provides countywide public transit services on 34 fixed routes, five ReFlex services, vanpool service for commuters, subsidy programs with Uber and Lyft and DART for transportation to grocery stores and at night, ADA complementary paratransit service throughout Richland and portions of Lexington Counties and eight Blue Bike bikeshare stations in Downtown Columbia. The COMET transports approximately 2.8 million passenger trips a year on a fleet of more than 80 buses, vans and trolleys. Transit services are provided under contract with Transdev (until June 30, 2020), Enterprise Holdings, Lyft, Uber and Bewegen. For additional The COMET information, please call (803) 255-7100, TDD/TTY: 711 through the relay service, email: [email protected] or visit www.catchthecomet.org