I grew up unlettered as Huguenots go. That changed much later after I moved to South Carolina. There I drove along Huger and Gervais Street and learned of French bluebloods in Charleston. Back in Georgia? I cannot recall one history teacher mentioning the Huguenots, so learning late in life that Huguenots settled near my Georgia home stunned me.

I should have figured that out but youth is rife with foolishness and a lack of focus. On my teenage beer-buying missions to a juke joint across the line in Bordeaux, South Carolina, I didn’t give that French name a second thought. I knew of the orphanage at John de la Howe School back but my brain was on cruise control. Only when I began to write did I discover the amazing history that had eluded me. 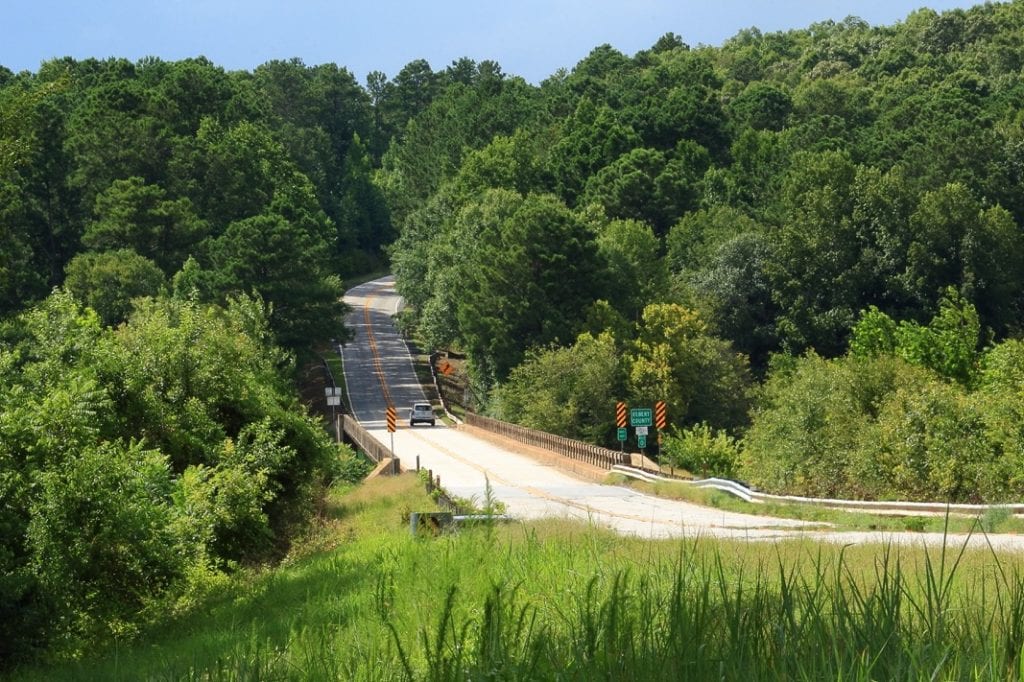 My first clue? Bordeaux also went by “French Town” and “New Bordeaux.” My first tangible proof? A cemetery. Driving Highway 378 years ago I turned onto Huguenot Parkway. Soon I spotted a road to the right, Badwell Cemetery. I drove up that dusty lane and turning left and driving a bit more, I hit a turnaround where downhill the white spire of a monument gleamed through greenery. I parked near a beech tree where souls carved sentiment and initials into bark. From day one, Badwell Cemetery endeared itself and I often go back to walk among stones and read inscriptions.

Some 250 years after they left Bordeaux, the Huguenots, those French Protestants of the 16th and 17th century, and I had at last crossed paths. Monuments, cemeteries, and journal entries proved they had been in western South Carolina near my Georgia home but they came into Georgia and that meant they came into my world, Georgialina. Their descendants walk among us. One, Miss Clarice Guillebeau, taught me in Sunday School, she of the precise manners, a spinster. 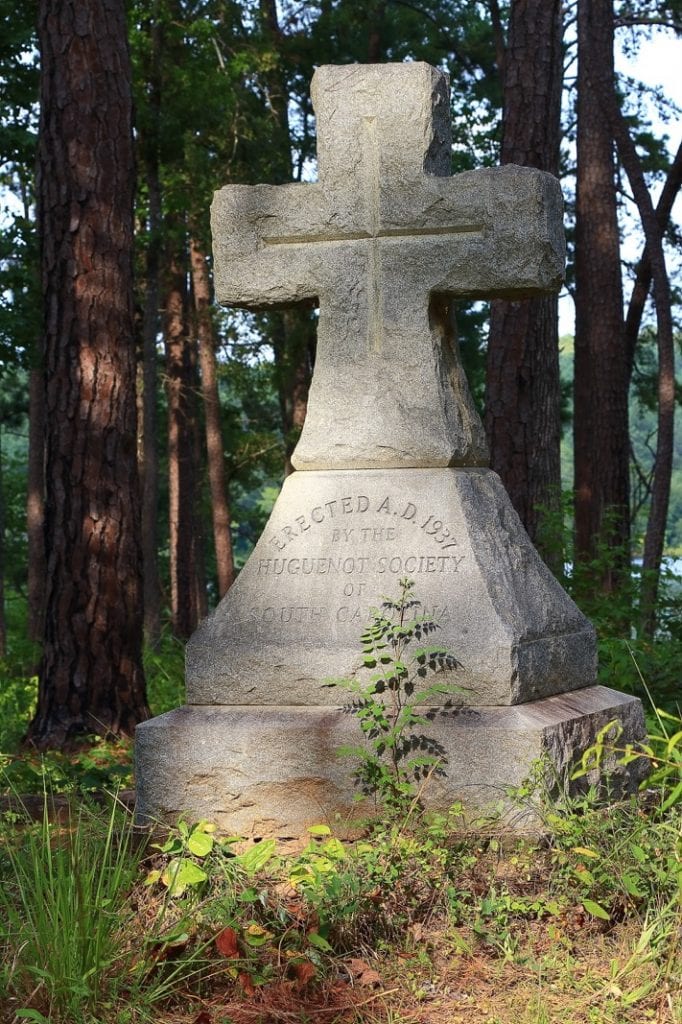 The Huguenots had other surprises in store. Recently I learned that Huguenots founded a town in Elbert County minutes from my Mom’s homeplace in Lincoln County. Maybe. John Trussell of Warner Robbins, Georgia, read a piece I wrote on Badwell Cemetery and contacted me. John, the 2nd vice president of the Huguenot Society of Georgia, asked me to speak to his society this August.

First, John had a story to tell. Janet Walker, past president of the Huguenot Society of Georgia, and current national president, came across the extinct town of Huguenot via research. (John and fellow society members intend to erect a plaque in honor of the vanished town of Huguenot.) Now this town that’s dead as a doornail came to be in 1894 with the establishment of a post office. Surely a settlement preceded the post office. What’s a post office without patrons? But, the post office closed in 1908 and the town faded away. Huguenot was done but mysteries remain.

Did the settlers of Huguenot, Georgia, descend from the early Huguenots who settled in Bordeaux? Documentation says possibly.

How did history overlook Huguenot, Georgia? New Georgia Encyclopedia’s “French Presence in Georgia” says Huguenots fled religious persecution under Louis XIV and came to Georgia via South Carolina and Haiti. It goes on to say Huguenots came to Savannah, Augusta, and Wilkes County, Georgia. As well, Huguenots made it to St. Mary’s, Georgia, and Jekyll, Cumberland, and Sapelo Islands. No mention is made of Elbert County, but Huguenot, Georgia existed, albeit briefly. Why is it not mentioned?

Based on an antique map, Huguenot looks to be in the vicinity of Highway 79 where it crosses the Broad River into Elbert County. The town isn’t buried beneath lake waters as are nearby Petersburg, Lisbon, and Vienna but good luck finding it. It’s gone. Vanished. Extinct like the Carolina parakeet, the small green colorful parrot Huguenots undoubtedly saw.

On a blistering July Friday afternoon when thunderheads towered over eastern Georgia like Himalayas, I stood near the Highway 79 Bridge. Green slopes rose in Elbert County. Did Huguenot sit there? Maybe. Were its founders related to the settlers of Bordeaux? Probably.

In 1764 the Reverend John Louis Gibert and 212 Huguenots founded Bordeaux between Little River and the Savannah River in present-day McCormick County near what is now Clarks Hill Lake or Lake Thurmond, to South Carolinians. There the Huguenots made wine and silk, built homes, and dug a well. Between 1764 and 1772, some 475 Huguenots called this area home. They established a log church at New Bordeaux, the last one organized in South Carolina before the American Revolution.

I know the place. I go there often.

Recently I drove down the graveled road and turned onto the dirt lane with tall grass in its center. Deeper into pines and thick bushes I went, and through the pines I saw it, a granite cross that marks the last Huguenot place of worship. Sunlight sparkled in the cross where shadows had yet to creep.

The Revolution and end of silk production led to the demise of New Bordeaux, but descendents to this day live in western South Carolina. Some made it to Georgia. One taught me right from wrong.

New Bordeaux was the last of seven French Huguenot colonies founded in South Carolina. French settlers brought the European model of agriculture here. Fruit trees, olive gardens, and vineyards sprang up. It looked so promising. The village prospered in the 1760s and early 1770s, but New Bordeaux was destined to fade into oblivion, as was Huguenot, Georgia.

As I looked beyond the massive cross I saw pine trees, no river, just the lake. I stood where they had stood. I had come as close to the old Huguenots as I could, descendants of whom possibly drifted about a century or more. Then they founded Huguenot, Georgia, in honor of what their people had tried to achieve. Their ancestors failed through no fault of their own. I cannot comprehend the frustration they encountered, nor can you. But, you cannot help but admire their determination yet pity the plight persecution put them in.

They spent their entire life on the run.