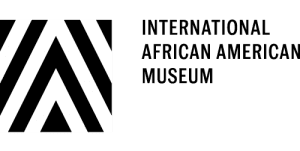 This past month, the National Football League (NFL) made a donation to the International African American Museum as a part of its Helmet Decal Program. Through this program, NFL players and coaches wore decals on their helmets or caps to honor victims of systemic racism, victims of police misconduct, and social justice heroes during the 2020 season. Players and coaches participating in the program personally selected victims, heroes, or unifying phrases to honor on gameday.

The donation from the NFL Foundation was made in the name of Anthony Scott, who wanted to honor his brother Walter Scott—a 2015 victim of police misconduct in North Charleston, South Carolina. The players who honored Walter Scott’s life and legacy this season are Todd Gurley (Falcons) and Brandon Shell (Seahawks).

“We are grateful to Todd Gurley and South Carolina native Brandon Shell for reminding us all of the importance of using our respective platforms to advance matters of justice,” said Dr. Elijah Heyward III, Chief Operating Officer of the International African American Museum. “The International African American Museum is committed to offering a transformative experience that honors legacies such as those of Mr. Walter Scott and others. We are moved by the Scott family’s decision to select the museum as a beneficiary of such an important gift.”

About the International African American Museum

The International African American Museum strives to foster empathy and understanding, empowering visitors with the knowledge of the past. The journey will challenge, illuminate, inspire and ultimately, will move people to action. The Museum’s exhibitions will share untold stories using classic techniques as well as new approaches driven by innovation, technology and digital interactivity. Themes will include connections across the African diaspora, the spread of African American culture and influence, and the movements for justice and equality. The Center for Family History will enable visitors to trace their genealogy, while changing exhibitions and special events will keep the Museum energized. Educational programs will provide life-long learning opportunities for visitors both young and old.