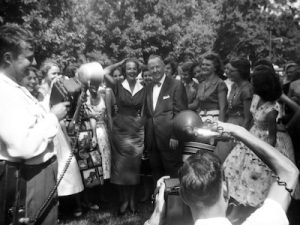 Long before Miriam Stevenson was crowned Miss Universe 1954, she had years of experience in preparing for competitions.

Growing up on a dairy farm in Winnsboro, Stevenson became adept at showing cows and winning ribbons for her hard work. By the time she arrived at Lander College, the forerunner of Lander University, Stevenson already knew how to charm crowds and judges. “I liked winning first place,” she said in a video.

A Miss Lander, Stevenson became Miss Greenwood and was crowned Miss South Carolina before being asked by the Jaycees, a service organization, to consider competing for the Miss USA title. In a YouTube video in 2017, Stevenson discussed her pageant career during a visit to Winnsboro. She admitted to competition fatigue. But she agreed to compete and headed to the Miss USA 1954 pageant, held in California.

She told of arriving alone for the pageant, with her evening gown draped over her arm. Because the airline lost her luggage, Stevenson had to make do with the daytime dress and heels that she had worn on the plane. The loss of her swimsuit was no problem because the Catalina Swimsuit Co., a pageant sponsor along with Universal Pictures, provided each contestant with a swimsuit.

“I was a little bit scrappy. I could re-press my dress,” she said, noting that what she wore during the day “became unimportant.”

While Stevenson was preparing for the pageant finals, Lander President Dr. Boyce Grier was preparing the college photographer in Greenwood, Tom Hutto, to gather all of the materials the college had about Stevenson in anticipation of publicity needs. “He told Tom, ‘Miriam is going to win that pageant … and you’re going to need it tomorrow.’ ”

Grier, who was adept at marketing the college, had more confidence than Stevenson. “On the night of the Miss USA Pageant, I couldn’t believe that I had won,” she said. 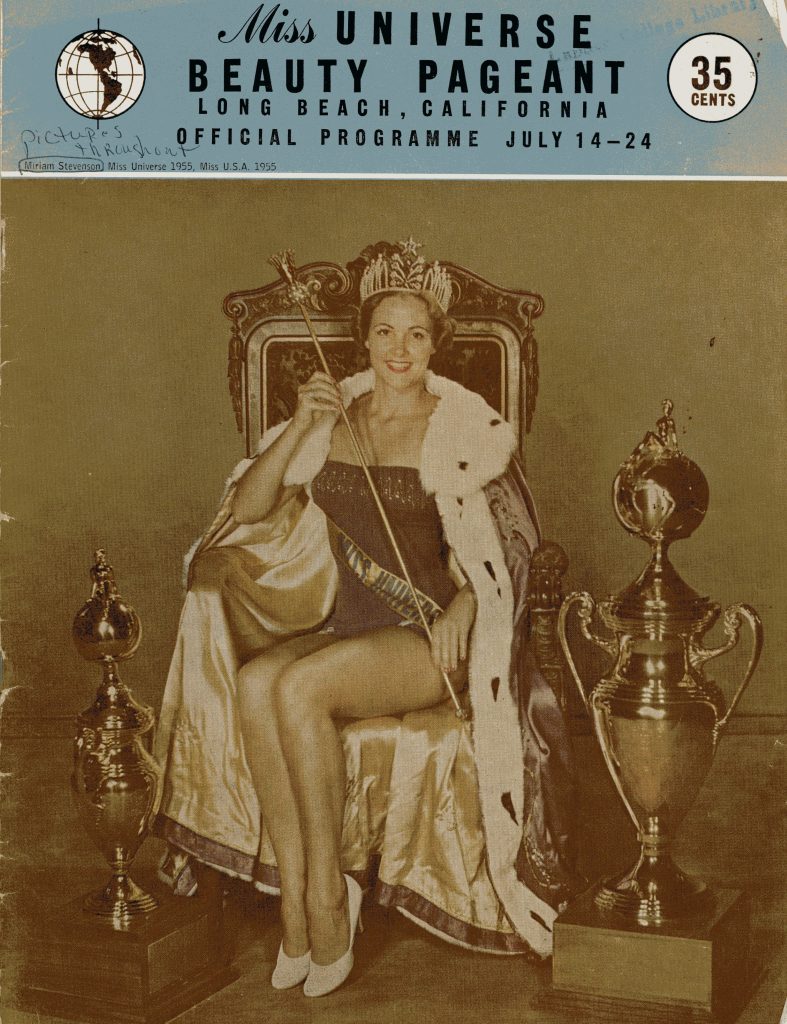 In a TV interview moments after being crowned, the smiling beauty from South Carolina said, “An honor like this is something I always will appreciate.”

Although she won a movie contract for $250 a week as Miss Universe, Stevenson said she was determined to return to Lander to complete her degree. She became the first Miss Universe to obtain a college degree during her reign.

She credits Grier with helping her have the confidence to succeed. “When I started being in pageants, it wasn’t because I was beautiful. I was not. I might have been a cute kid, but I was not beautiful.”

Stevenson said, “Dr. Grier understood me. We had a philosophy: ‘You do the best you can, and if God wants you to do it, He’ll do the rest’ … that’s exactly what happened.”