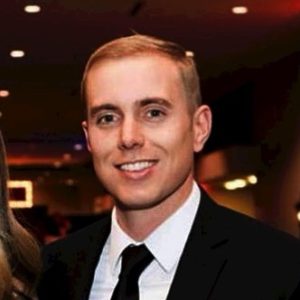 The Southern Bank has named Clayton Davenport as Vice President and Branch Manager of the Greenville location. Davenport has a decade of experience in the financial industry and specializes in business development and branch operations.

“Clay’s career experience exemplifies his ability to grow the Greenville branch,” said Scott Frierson, President of The Southern Bank. “His networking prowess and ability to build meaningful connections in the Upstate community will be vital in expanding the bank’s reach in the area.”

Davenport’s strong connection to the community is not confined to the office. He currently serves as an Ambassador for the Greenville Chamber of Commerce and is a member of the South Carolina Bankers Association. Previously he served as Chair of the Board of Directors for United Bank Upstate SC Foundation and Chair of the Diplomat Committee for the Greater Columbia Chamber of Commerce. Davenport is a graduate of Lander University and earned his master’s of business administration from Charleston Southern University.

The Greenville branch of The Southern Bank is currently under construction. Until the branch opens, the bank’s digital banking platform provides customers an omnichannel banking experience for business and personal accounts, allowing them to bank from anywhere, at any time.

About The Southern Bank

The Southern Bank, with headquarters in Sardis, Ga., is changing the way digital banking and community banking are done. The Southern Bank is committed to delivering high-tech innovative financial tools while also providing a high-touch, personal customer experience. With over $164 million in total assets, the bank currently operates branches in Gibson, Hephzibah, Sardis, and Waynesboro, Ga. To learn more about The Southern Bank, visit www.thesouthern.bank.