J. Allard (Al) Young, of Honea Path, is the new chair for Tri-County Technical College’s Commission, the nine-member governing board of the College.

They took office at the April 6 meeting which was the Commission’s first virtual meeting since the COVID-19 pandemic began.

“Tri-County Technical College is a major player in our Upstate area and serving on the Commission allows me to help the citizens throughout Anderson County to be presented with many educational options,” said Young, who was appointed to the Commission in February 2001. 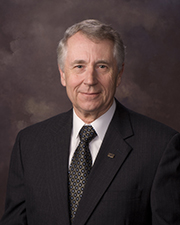 Young served as president and CEO of The Commercial Bank in Honea Path from 1996 until his retirement in 2014.  Prior to that he was senior vice president of BB&T in Belton for 12 years and served as president of Latta Bank and Trust Company from 1977 – 84.  He began his career in banking with First Citizens Bank and Trust in Dillon, SC, as a management trainee and was promoted to vice president.

He is active in his community and was instrumental in bringing the Watkins Community Center to Honea Path by initially serving as chair of the organizing committee.  In 2009, residents and Tri-County Technical College officials gathered at the Watkins Community Center in Honea Path to celebrate the dedication of the College’s new Learning Center named in honor of the late Senator Billy O’Dell.

In addition, Young is a member of the board of directors of the Jennie Erwin Library, past president of the Watkins Community Inc. and the Honea Path Civitans.  In 2000 and 2006 he was recognized as the Civitan of the Year by the Honea Path Civitan Club.  In 2014 Governor Nikki Haley presented him with the Order of Silver Crescent.

He is a member of Belton Presbyterian Church, where he serves as an elder.  He is married to the former Judith Allen.  They have a son, Carl, and a daughter, Carrie. 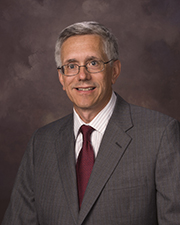 Strange was appointed to the Commission in April 2017.

Until his retirement, Strange worked for 23 years for Abbott (formerly St. Jude Medical) in Liberty.  As senior director of research and development, he introduced many new technologies that continue to define state of the art in implantable medical devices for both pacing and arrhythmia correction.

He has an extensive background in materials science and is the author of 53 patents and numerous papers over the last three decades, covering all aspects of power component development.

In 2002 he was appointed Economic Ambassador for Pickens County by Governor Jim Hodges. He received the St. Jude Medical Patent Hall of Fame award in 2005, the University of SC Distinguished Alumni in 2007 and the Dr. Charles Towns Individual Achievement Award in 2009.

After receiving his undergraduate degree and completing graduate studies in physics at the University of South Carolina, he joined Philips Components as a member of the research staff. During his 15 years with Philips Components in Columbia, South Carolina, and two years with Aerovox, Inc., in Huntsville Alabama, he participated in or led the research activity involving the development of electrochemical and AC film capacitors. He was a member of a small team of entrepreneurs who, from 1994 to 1996, developed and produced the pioneering flat medical grade electrolytic capacitor that made thoracic implantable cardioverter defibrillators possible.

Strange serves on the board of directors for the Greenville Symphony Orchestra, Carolina Music Museum, Manufacturers Caring for Pickens County (MCPC) and was a founding member of the S.C. Biotechnology Industry Organization (2008-2016).

He and his wife, Debra, have a son, Derek. They live in Easley. 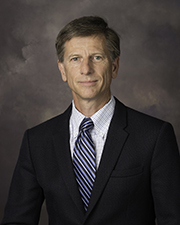 Kaplan was appointed to the Commission in 2018.

He is president/owner of Cornell Dubilier Electronics, a manufacturer of electric components.  With corporate headquarters and manufacturing in Liberty, the company also operates from sites in Massachusetts, California, Illinois, Mexico and Hong Kong.  He joined the company as a process engineer in 1988 and later moved to Mexicali, Mexico, where he was production control manager.  He moved back to Liberty in 1994 to assume role of manufacturing manager and later was named general manager (1996 -1999).  He has been president since 2000.

He received a Bachelor of Science degree in ceramic engineering from Clemson University and an MBA from The College of William and Mary.  He serves on several boards, including the Pickens County United Way, Electronic Industry Association, Alliance Pickens County and the Electronic Components Industry Association.  He is a former Red Cross board member.  He is a member of Grace United Methodist Church.

He and his wife, Julee, have three children.

The Tri-County Technical College Commission meets bi-monthly in the Board Room of the Ruby S. Hicks Library/Administration Building on the Pendleton Campus located at 7900 Highway 76 in Pendleton. The meetings begin at 12:30 p.m.