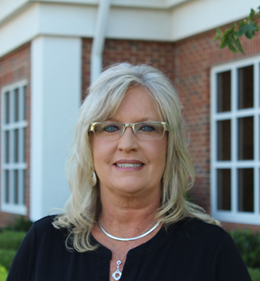 United Community Bank in Pendleton is pleased to announce that Sherry Brock has joined its team. Born and raised in the Pendleton area, Brock has been a member of United’s Anderson team for the past 14 years. She originally joined the former The Palmetto Bank, which was acquired by United, in 1994.

“We are very excited for Sherry to join the team in her hometown and bring her expertise to the community,” said Rick Stanland, President of Anderson, Greenwood and Laurens Counties for United Community Bank. “She’s lived and volunteered in Pendleton her entire life and knows exactly what the local clients need to succeed.”

Brock will continue to provide local customers with financial solutions and work to expand United’s support of the Pendleton area. Since beginning her career more than 30 years ago, Brock has worked in nearly every aspect of the industry—from loan operations to customer service.

“It’s truly an honor to help my friends and neighbors achieve their financial goals through United Community Bank,” said Brock. “The Pendleton team is full of extremely skilled and experienced bankers who have our community’s best interest at heart. I am excited to join them and continue delivering the same award-winning service that our customers deserve.”

Brock is a graduate of Pendleton High School and the South Carolina Bankers Association at the University of South Carolina, in cooperation with the Moore School of Business. She also completed Leadership Pendleton in 2003.

Heavily involved in the community, Brock currently serves as a member of the Kiwanis Club of Anderson and as a Board Director for Sandy Springs Water District. She previously served as Co-Chair and member of the Finance Committee for Relay for Life of Pendleton-Clemson. She has also volunteered with Meals on Wheels Anderson, the Pendleton and Clemson Area Chambers of Commerce, and United Way of Anderson.