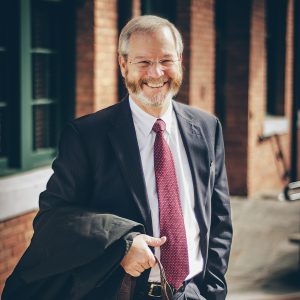 Lightsey is widely recognized for his skill and experience as a trial and appellate attorney, with approximately 100 trials altogether and over 60 jury trials.  He has also argued numerous appeals in the South Carolina appellate courts and the United States Courts of Appeals for the First, Fourth, Sixth, and Eleventh Circuits. Lightsey’s practice involves complex securities, corporate, and intellectual property cases, as well as news media and First Amendment disputes. In the area of First Amendment litigation, he has represented Facebook Inc., Time Inc., The New York Times Company, The Associated Press, and Pulitzer Broadcasting, as well as many local and state newspapers and broadcasters.  He also has deep experience litigating disputes over intellectual property — such as trademark, copyright, and trade secrets — and in recent years has been lead counsel in copyright lawsuits involving close to a billion dollars in aggregate.

Lightsey is actively involved in matters of professional ethics, and served as the Chair of the South Carolina Commission on Lawyer Conduct from 1997 through 2004.

Building on his substantial trial and courtroom experience, Lightsey has been certified by the American Arbitration Association to its Roster of Neutrals for commercial arbitration, and has served as panel chair, panel member, and sole arbitrator in a number of arbitrations involving large, complex disputes.

Lightsey currently serves on Wyche’s Executive Committee and served as the firm’s first Chair in 2007. Prior to joining Wyche, Lightsey clerked for the Honorable Warren E. Burger, Chief Justice of the United States Supreme Court. Lightsey is a graduate of Duke University and Harvard Law School where he served as Executive Editor of the Harvard Law Review.

Wyche is a full-service law firm that has practiced law and served the community for 100 years.  In that time, Wyche has participated in landmark litigation, served as counsel on cutting-edge transactions, and provided community leadership that has helped shape and drive our region’s growth and success.  With offices in Greenville, Spartanburg, and Columbia, Wyche is the South Carolina member of Lex Mundi, the world’s leading association of independent law firms. Learn more at www.wyche.com.