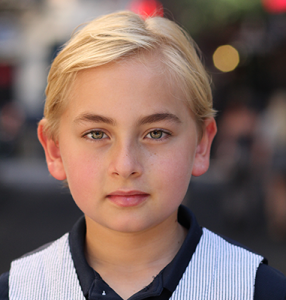 Joshua Begelman, 12, who recently portrayed Young Quicksilver in an Emmy award-nominated episode of the Disney+ superhero series WandaVision, has set his next vision on a live production of the Tony Award winning Broadway musical Falsettos for six performances only October 29-30 in Spartanburg and November 5-6 in Greer.

With music and lyrics by William Finn and a book by William Finn and James Lapine, Falsettos marks the Upstate premiere of this 2016 Broadway revival by Proud Mary Theatre Company about a dysfunctional, “modern” Jewish family in late 1970s New York.

Begelman is an actor, singer, model who made his television debut at age 8 on the CBS series Madam Secretary. He is known for his and several appearances on NBC’s Saturday Night Live! Regional theater credits include the role of John in Fun Home with Proud Mary Theatre Company. Joshua originated the role of Kyle in The Memory Motel, a radio play by David Greenspan commissioned by Two River Theatre. Joshua studies piano with Alexandre Moutouzkine and loves to play soccer, work on impersonations, and go boating.

With modern classics such as “Four Jews in a Room Bitching,” “I’m Breaking Down,” “I Never Wanted to Love You,” “Falsettoland,” “Love is Blind” and more, Falsettos follows a Jewish man and his wife, son (Begelman), lover, shrink, and next-door neighbors, as this modern family prepares for a Bar Mitzvah, and the arrival of AIDS.

Begelman, who celebrates his own Bar Mitzvah in June 2022, will commemorate this occasion as Jason during each performance of Falsettos.

SEATING IS VERY LIMITED DUE TO COVID. We are social distancing the audience and MASKS ARE REQUIRED by Proud Mary Theatre Company.
All tickets are $25.|
Visit proudmarytheatre.com or call (864) 202-6555 for more info.