There were days I wore them in my lapel for formal events, but those days are gone. I’ve not seen many in the wild, but I have seen yellow-fringed orchids in Carolina bays where they grow in acidic soil but that’s about it. We have native orchids such as crane-fly orchids and rattlesnake plantain and puttyroot. Of course you can find orchids in the big supermarket chains but that seems fake because it is. 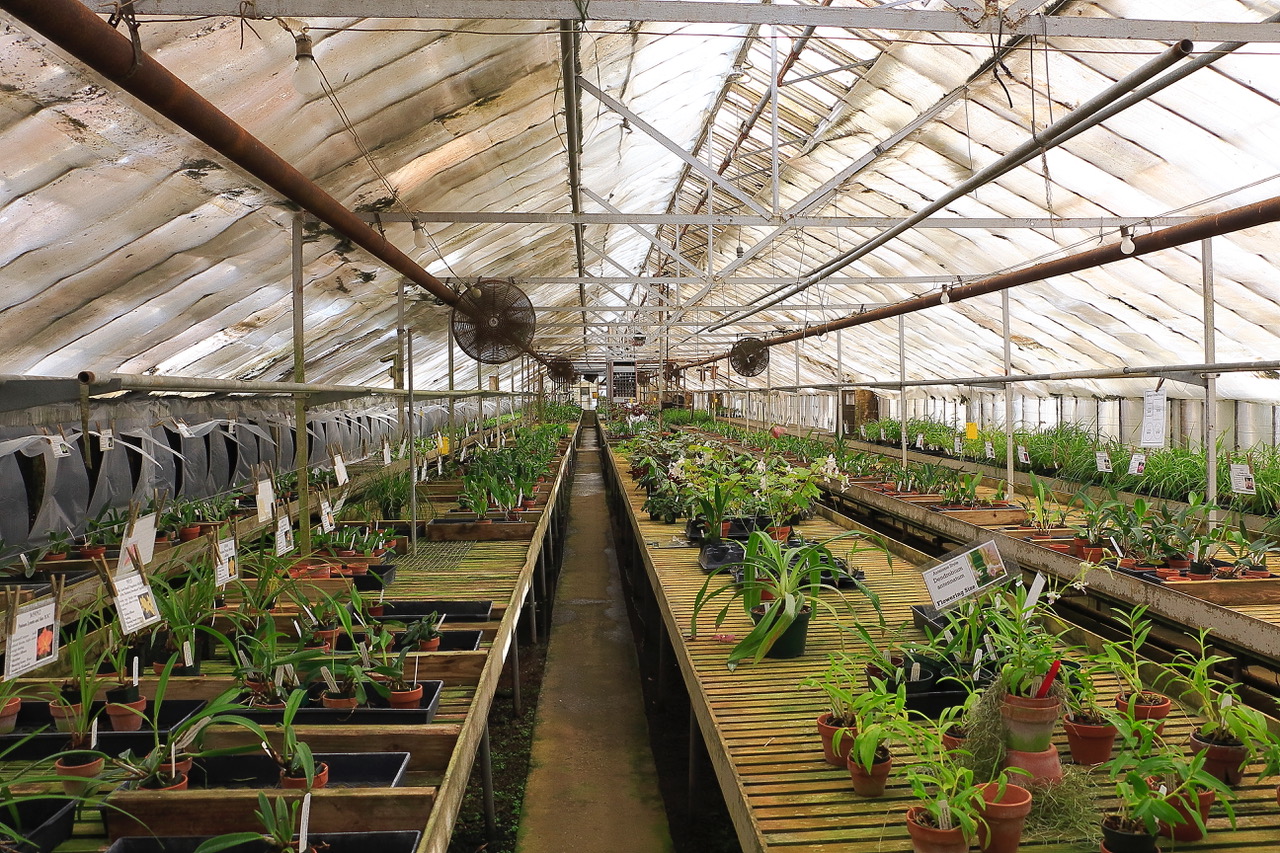 To find orchids in the tropics, you look up, not down. Most orchids are epiphytes; they grow in trees. I wanted to see these fascinating plants with their rich colors and intriguing shapes and I knew of a place where these sublime, mysterious flowers, the queen of flowers, would be neither up nor down but all around.

Bitten by a bit of impulse I drove to Newberry one Saturday to see orchids. Lots of orchids. Years ago, Robert Clark and I had put this orchid grower in one of our books. Carter and Holmes grows orchids, and Mac Holmes gave me a tour of his greenhouses. If you think August has been hot and humid, a steamy tropical time, you’ll really see what the tropics feel like in a greenhouse. It took three minutes for my crisp linen shirt to become soaked but that was okay. You see, everywhere I looked splendor reigned. 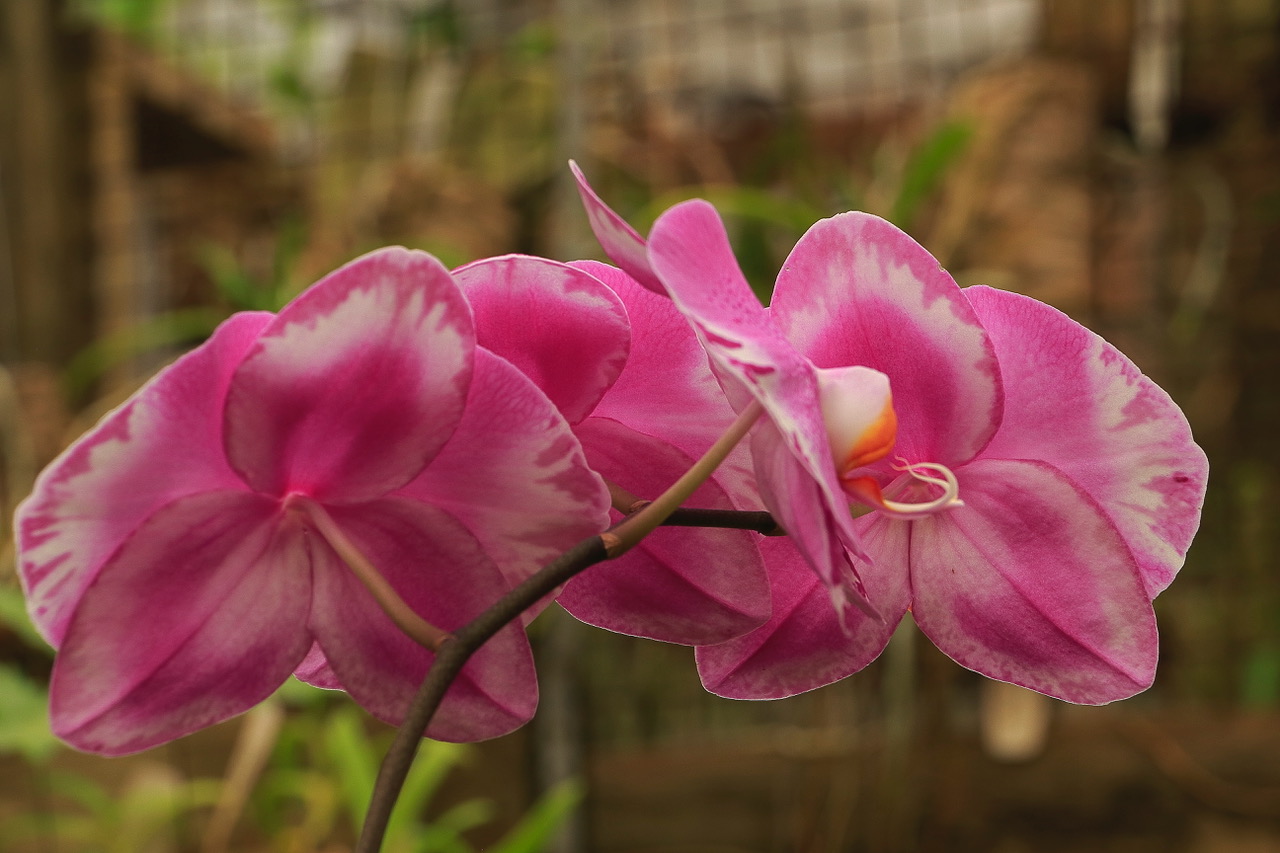 In the 1950s the men started hybridizing orchids. In the 1970s they developed a modern laboratory for seed and tissue cultures. Their hybridizing program brought them worldwide recognition as a source of outstanding orchids, in particular, art-shade cattleyas or orchids of subtle colors. 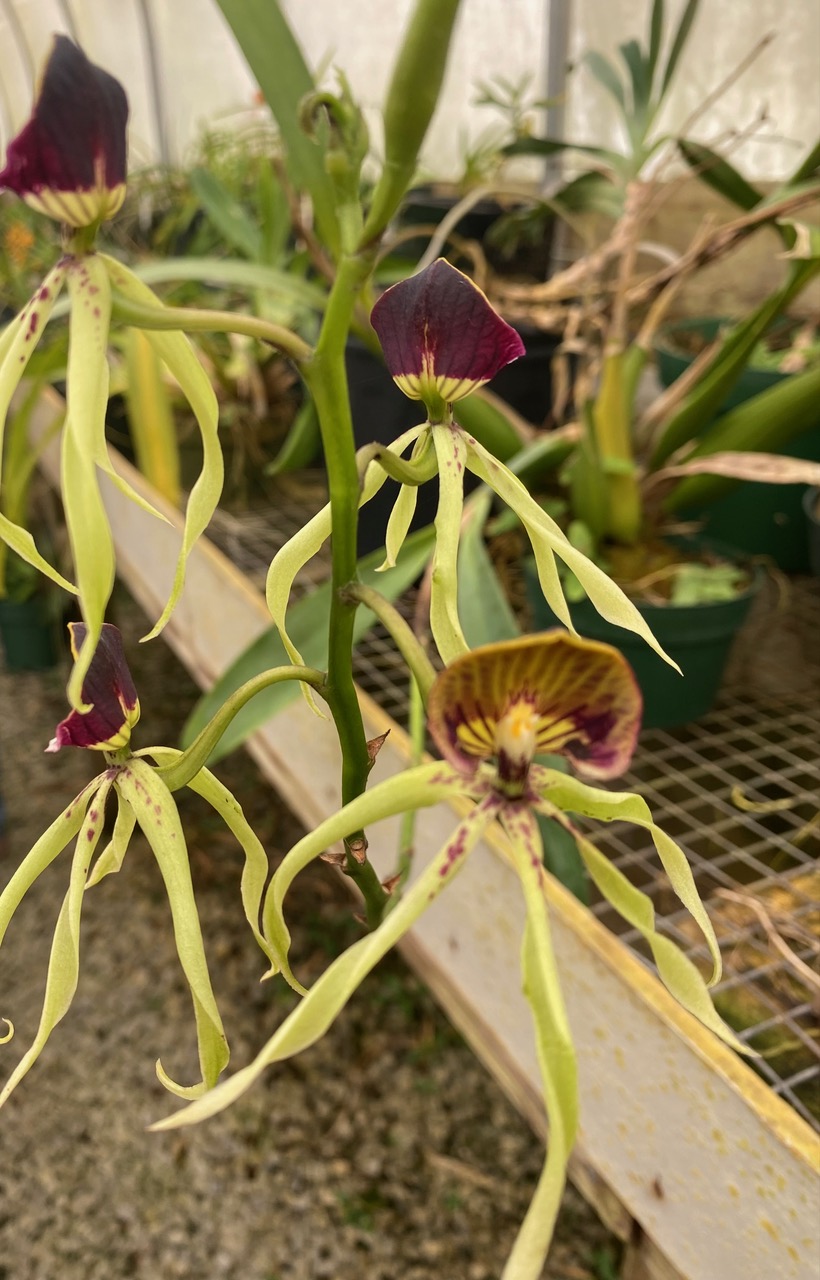 Today, Carter and Holmes ships orchid plants of many genera to hobbyists and commercial growers throughout the United States and to countries around the world. Mac continues the fine work. He left his Atlanta law practice to run the family business. At first he felt he could run it part time, but it didn’t take long to see how wrong he was. It’s an around-the-clock enterprise in winter. On cold nights he checks the greenhouses every two hours to be sure the heat systems are running as expected.

Mac knows orchids as you’d expect. He told me all about orchids, pronouncing their Latin names with precision. The man fascinated me with his in-depth knowledge and the orchids themselves held me in spell. Consider the “thunderstorm” orchid, Dendrobium crumenatum. It flowers seven to eight days after a thunderstorm passes through. 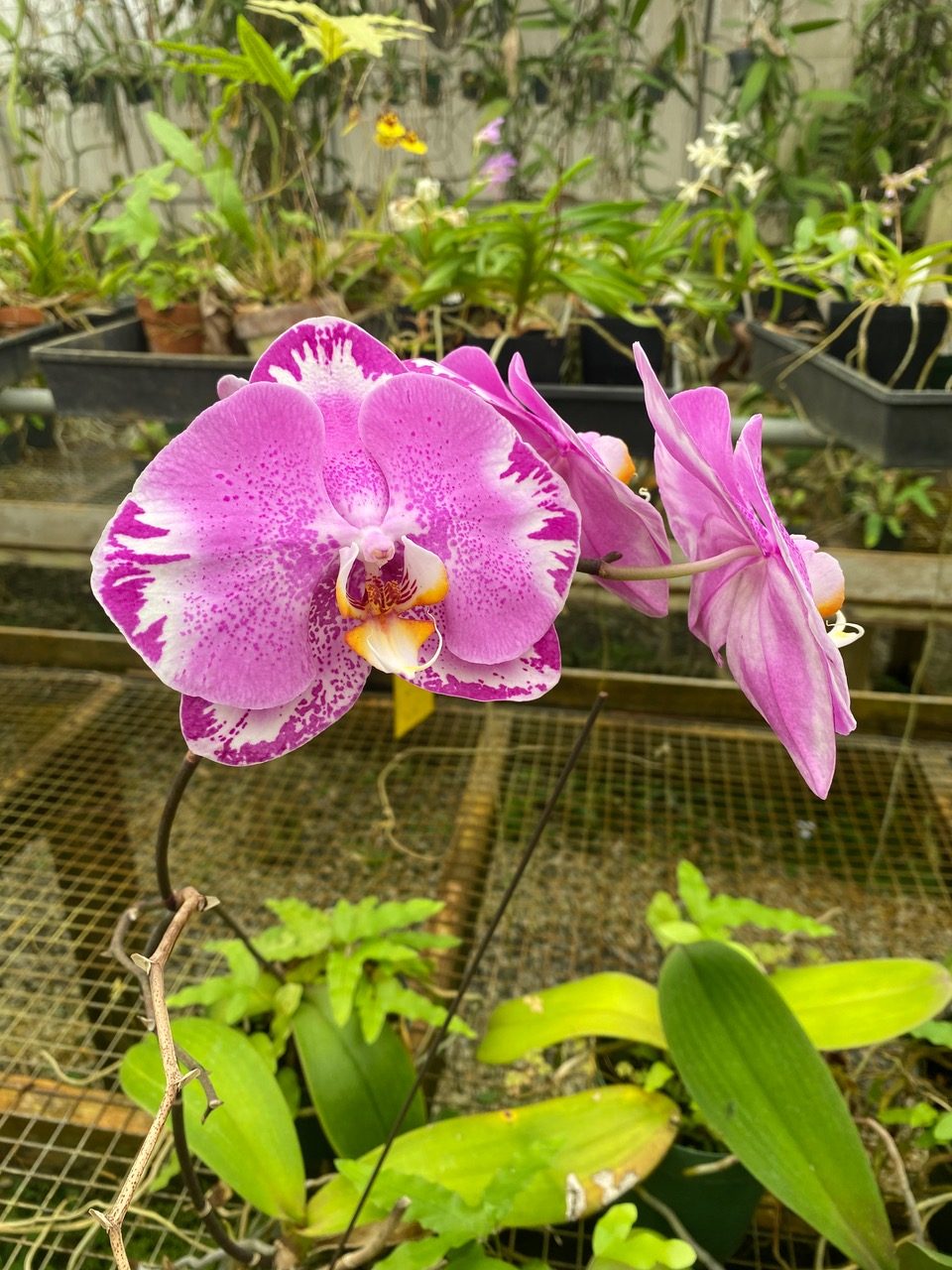 Native Americans, Indians, if you will, were close to nature, unlike us. They used lady’s slippers to bring down fevers, cure headaches, and ease menstrual cramps and pains. Today women turn to ibuprofen and naproxen. Popping pills doesn’t sound as pretty or as natural as looking for orchids, does it? I read that certain orchids provide medicinal and therapeutic treatments for tuberculosis, paralysis, stomach disorders, chest pain, arthritis, jaundice, eczema, boils, and inflammations. Whether that’s true or not I do not know.

Orchids enrich our culture. Georgia O’Keefe painted them. Orchids enrich our lives. People eat them, People drink them as tea, and most of all they bring a rare kind of beauty into our lives. Mac Holmes grows them. Plan a trip to Carter and Holmes Orchids. You’ll be glad you did.