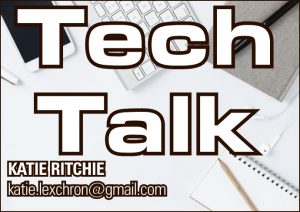 Tech-Savvy Chronicle reader Elizabeth Lindler called me last week. She got to the Windows Update screen from the 1/23 column and was able to install the critical update. Then she got an error message. The error pointed to Windows Defender Antivirus error 0x80070643.

Computers with different antivirus software won’t get the error.

I found the error code is on the Microsoft Server side. That’s good news and bad news. It’s good news for Ms. Lindler; her computer isn’t broken. It’s bad news because without the update her antivirus wasn’t keeping her computer safe. Thankfully, Microsoft released a workaround. You can download the update from the site to keep your computer secure.

Here’s how to fix the error:

Under the Manually download the update heading there is a table with many items listed. You’ll want the one at the top, ‘Windows Defender Antivirus for Windows 10 and Windows 8.1.’ Click either the 32-bit or 64-bit software download on the right. You’ll need to download and launch the file to re-install Windows Defender Antivirus. (You’ll get a pop up asking you if you’d like to save the file. Make note of where you save the file, then open and run it when it’s downloaded.)