Writers title works and often they fail to come up with a good one. Half Asleep In Frog Pajamas comes to mind. Sometimes a gem of a title comes along and its words and title stay with you. How can you forget Gone With The Wind. How can you forget Absalom Absalom! or The Catcher in the Rye. When Norman Maclean titled his semi-autobiographical book A River Runs Through It, it too became a title forever in my memory.

A small creek, a stream, runs through my memories, and that’s the one back home on family land. Come spring and summer I played in the stream many a day. It ran fast and clear and it ran to its confluence with what we call the old mine hole, the remainder of a manganese mine of the early 1900s. The water ended up in the mine hole temporarily as it would exit around the dam and make its way to Dry Fork Creek and ultimately into Clarks Hill Lake, the watery overgrown offspring of the Savannah River. 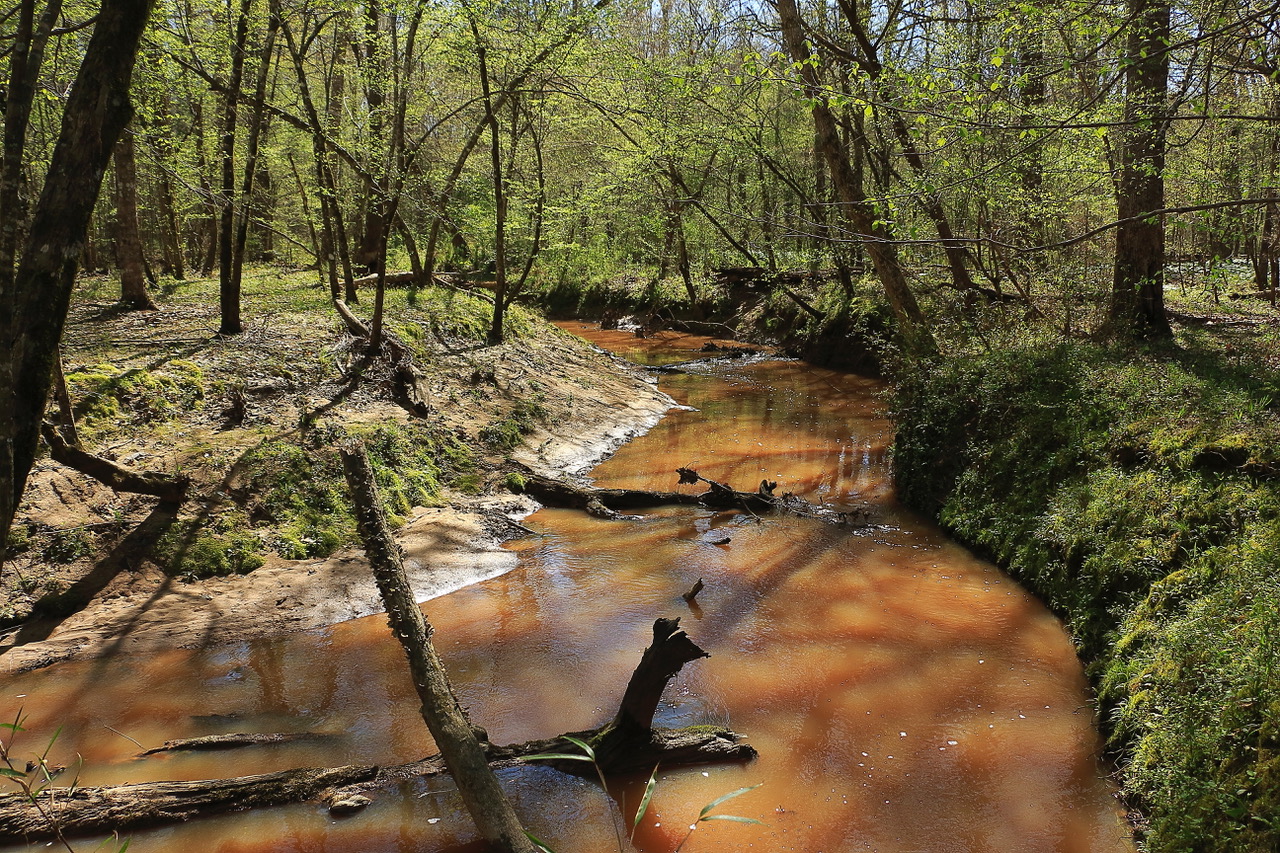 I wet my feet and wet my hands in that stream of yore that got its water from a spring in a small ravine whose sides were clay. I made things from clay but never fired them. Thus, did they return to earth. Like most kids, I’d dam the stream but not for long. I wasn’t much of an engineer. My dams always burst.

On rare occasions when I picked up a rock, a crayfish scooted away. Back then I had no notion of eating these small lobster-like crustaceans. Crawfish, craydids, crawdaddies, crawdads, mudbugs, rock lobster … the critters have more names that a woman who’s married ten times. I never put my hands on a crayfish. It looked like a thing that might sting you.

This past fall I visited the stream of my youth. Still there and so are the banks of clay. I poked around a bit, looking for an arrowhead but found none. I didn’t see any crawdads. I rediscovered my childhood instead. A tree had fallen across the stream, creating a dam of sorts. It had backed up some water that rolled over the tree and continued merrily on its way, plashing, chiming, and splashing its wild water song. The music of running water, it’s relaxing, and so was playing in the stream as a kid.

I’m sure country children still dam streams and creeks. At least I want to believe they do. What better way to learn about nature. For me clay, rocks, water, plants, crayfish and more converged to create a natural classroom. I didn’t know it as a boy but I was witnessing the continuous cycle of water as it ran around, above, and beneath planet Earth. Later I’d study a ten-dollar term, hydrologic cycle, about the ceaseless movement of water from lakes, rivers, seas, ponds, creeks, and streams to cloud to rain to river to underground and on and on ad infinitum.

I hope kids still play in creeks. I don’t play in them as I did as a kid, but I like to watch them run, photograph them, and remember them. Memorable creeks come to mind as I sit here and think. Stevens Creek and its rocky shoals spider lilies. Shoal Creek, which reminds me of the Chattooga River and runs behind my friend, Eddie Drinkard’s, beautiful home. Reedy Creek winds through the woods and potential state record trees on Ralph Scurry’s Greenwood County land. It’s a beautiful creek as you can see.

Doing some research, I came across a mention of Norman Maclean’s A River Runs Through It and that set me to recalling boyhood days along a stream. In my mind, that stream from boyhood runs on and on still and you know and I know, it always will.