My family and I spent a week at the beach last week. We had a great time and did things tourists do. We hit seafood places and tourist traps. You know, places where folks buy overpriced T shirts, coffee mugs, trinkets, and sunshades. Get yourself a pair of cheap sunglasses as the song goes. 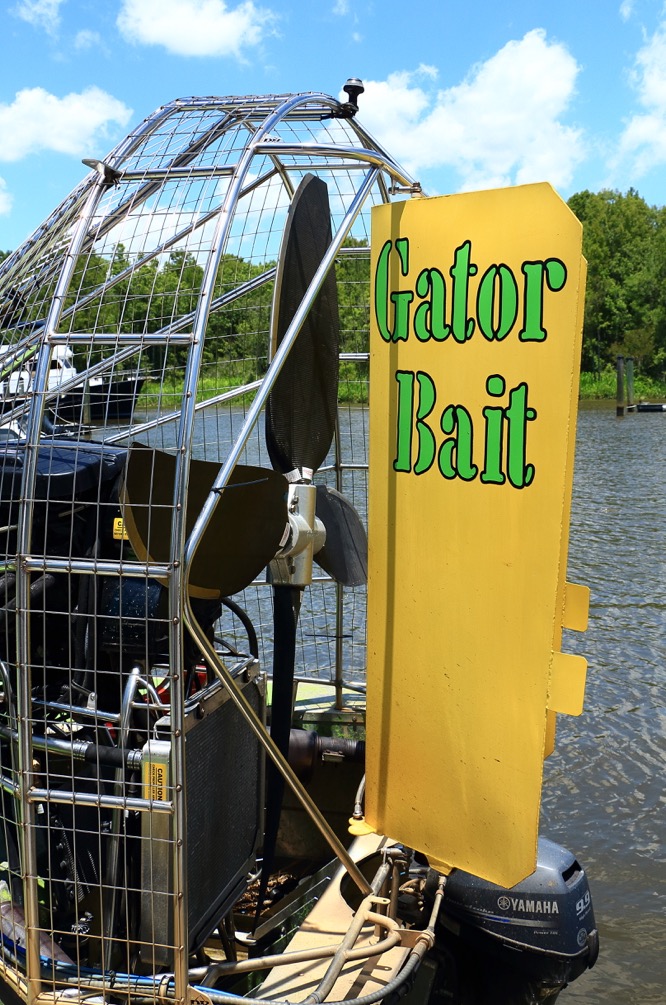 Instead of parasailing over breakers, four of us took an airboat ride, something I’ve wanted to do since childhood. Back in the days of grainy black and white TV, I watched a show where men skimmed over swamps in airboats. Might have been the Everglades; might have been Okefenokee. Wherever it was, you didn’t see a lot of development. In fact, you saw none. That’s not the case today.

I have a background in natural resources. I’ve long written about and photographed and filmed unspoiled reaches man can’t get his hands on. Our airboat ride took us up the Waccamaw River into meandering creeks development has yet to touch. The hour-long ride highlighted just how ugly man has made the coast. It’s too bad some sensible zoning ordinances didn’t exist from day one. Where maritime forests once stood we saw doughnut shops, putt putt golf courses run by rude transplants, and plenty of crab shacks attached to some man’s name implying old crab shack Bob sure knows crabs. Bob’s crabby all right because he’s not from here. Want a string of cheap shells to wear as a necklace? You can get ’em at those huge souvenir shops with great white shark mouths serving as doors. Wow!!!

The airboat ride, contrasted to drives down Highway 17, illustrated just how much we’ve ruined the coast. It took us into places where all you saw was nature, outside a boat or two and old rice canals. I saw no gators but others spotted two slipping beneath black water. We saw osprey, great blue herons, water hyacinths, and I saw a tri-color heron flush and fly over cypresses. We literally blew past the back of Brookgreen Gardens and there we encountered fences across a creek, fences that ruined the view. 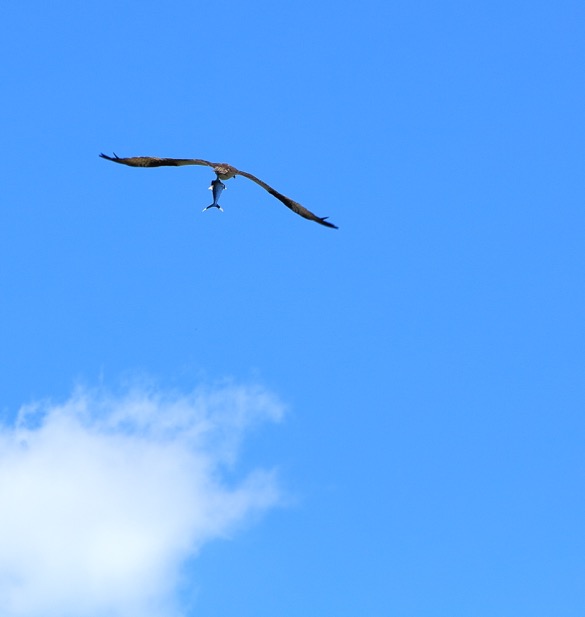 For me, the highlight was seeing an osprey fly overhead with a silvery fish in its talons. In all my years of filming wildlife, I never saw that. I’d love to know what that osprey thinks of us. From up high carrying its dinner what might that osprey think of the clutter below? Nothing good I’ll venture. It sees long, hard asphalt ribbons and wide tracts of land marked with white stripes so men can place their vehicles in orderly ranks. It sees houses shoulder to shoulder, with no room for dunes. It sees aquamarine ovals and rectangles of water and pitiful remnants of dunes. It sees wind fences that attempt to rebuild dunes lost to storms and man. It sees overweight humans dressed in garish colors. It sees noisy, strange birds trailing banners urging you to eat prime rib at some restaurant. Of course, the osprey’s view is a bit better at high-dollar resorts but the destruction of nature takes place there as well. 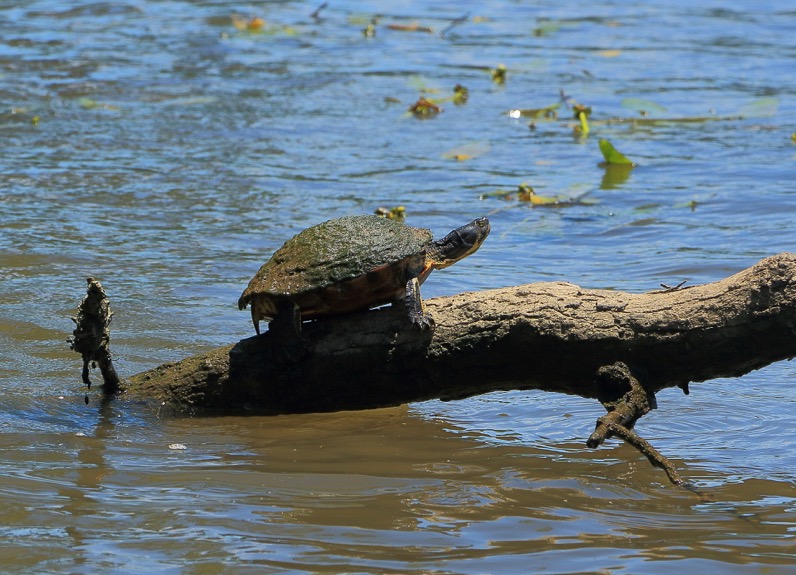 Don’t get me wrong. The week was great, and being with family was the best part. Time well spent, but you can’t turn a blind eye to the excess development. You need an escape from it. I spent a lot of time on the beach watching the waves roll in as pelicans skimmed their tops. If I framed my view just so, I saw no signs of man. The world as it was … that’s what I saw, but I came and did my part to add to the ugliness. And so, your honor, I plead guilty. Like a tourist from some city run over with cement, wires, and skyscrapers I, too, bought a souvenir: a wooden sign that had five words engraved into it: “Bad decisions make great stories.” Well, bad decisions make for not-so-great coastal settings. That airboat ride? That’s where I glimpsed a world not yet destroyed, a world ospreys, turtles, and gators have long known, one where man remains a visitor, not a conqueror. Long may it remain as it is.