The South Carolina Governor’s Awards for the Arts are presented annually by the SCAC. The appointed members of the agency’s board of directors vote on panel recommendations for the award. For 2021, the following honorees from their respective categories are being recognized for outstanding achievement and contributions to the arts in South Carolina:

“With the Governor’s Award, we celebrate achievement and thank these accomplished recipients for enriching life and culture here in South Carolina. Recipients always represent the best of South Carolina. They are talented, successful, and dedicated. They exemplify giving of themselves to ensure everyone who wants to can benefit from access to the arts,” S.C. Arts Commission Chairwoman Dee Crawford said.

A diverse committee, appointed by the S.C. Arts Commission Board of Directors and drawn from members community statewide, reviews all nominations. After a rigorous process and multiple meetings, the panel produces a recommendation from each category that is sent to the board for final approval. Serving on the panel for the 2021 awards were Flavia Harton (Greenville), Glenis Redmond (Mauldin), Bob Reeder (Columbia), Bhavna Vasudeva (Columbia), and Kim Wilson (Rock Hill).

The South Carolina Governor’s Awards for the Arts and Jean Laney Harris Folk Heritage Awards are presented to recipients at the South Carolina Arts Awards ceremony, normally held in person every spring. The pandemic forced the shift of last year’s ceremony to a virtual format in July rather than May. Reaction to that was positive and it is planned once again for 2021, but instead of being held in the summer it will revert to its normal timeframe in the spring. The SCAC and its partner for the Folk Heritage Awards, McKissick Museum at the University of South Carolina, will announce a date and time later. 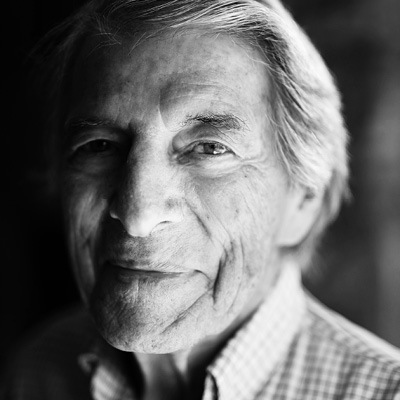 Washington, D.C. native Tom Flowers (Lifetime Achievement) came to South Carolina for football at Furman University and left with a bachelor’s in art. After earning a Master of Fine Arts at the University of Iowa and serving in the U.S. Army during the Korean War, his teaching career wound its way from Kansas and North Carolina back to Furman. He spent the next 30 years teaching arts at the school, from 1959 to 1989, and was chairman of the art department for most of his tenure. Upon completion he was named to the school’s emeritus faculty. Decorated and widely exhibited as an artist, Flowers’ works have homes in museums and collections throughout the Southeast, including the South Carolina State Art Collection. He served on several Upstate arts boards and commissions and as a state representative on the American Craft Council. Thomas Earl Flowers passed away Dec. 13, 2020 after his nomination was made in the Governor’s Award artist category. He is survived by multiple practicing artists in his family, further adding to his legacy. 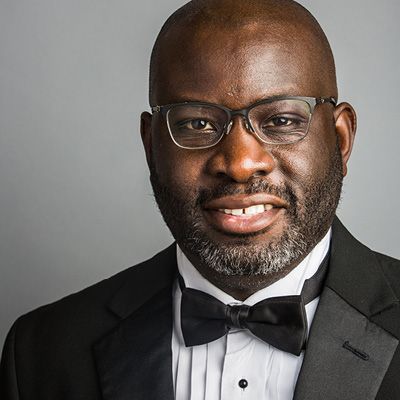 Over the past several years, Charlton Singleton (Artist Category) has emerged as the face of jazz performance in the Lowcountry. Because of his membership in the band Ranky Tanky, a quintet that interprets the sounds of Gullah culture, he can also be called a Grammy Award winner. Singleton studied organ, violin, cello, and trumpet throughout childhood and adolescence and earned a music performance degree from South Carolina State University. Since, he’s taught music at every level from elementary school through college. In addition to Ranky Tanky, he has his own touring ensemble, is artistic director and conductor of the Charleston Jazz Orchestra, is organist and choir director of St. Patrick Catholic Church in Charleston and was named inaugural artist-in-residence at the renovated Gaillard Center in Charleston. He is in demand as a speaker, composer, and arranger. 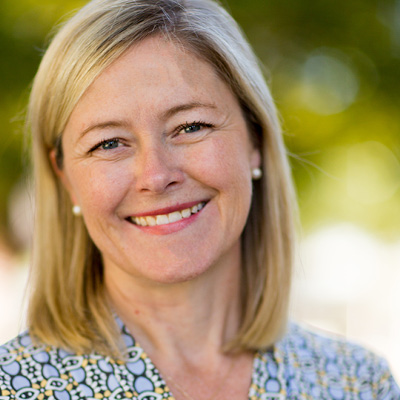 As president and CEO, Jennifer Clark Evins (Individual Category) leads the day-to-day operations and management of Chapman Cultural Center (CCC), Spartanburg city and county’s local arts agency. Along with her county-wide arts coordination, she has nearly 26 years as a visionary community and statewide arts leader to her credit. As a volunteer, Evins led the 10-year project and capital campaign that raised $42 million that built CCC, led another successful campaign to add Mayfair Art Studios to CCC, and led the charge to get Downtown Spartanburg named a South Carolina Cultural District. Evins was the author and director for the winning $1 million Bloomberg Philanthropies Public Art Challenge. Her Culture Counts program, which started as a local asset inventory and mapping project, is now used as a South Carolina cultural tourism tool through Ten at the Top. A winner of numerous awards for service and leadership, she serves or served on prominent Upstate boards. Evins is a strong advocate for local artists, arts organizations, and arts education, and is an active board member of the South Carolina Arts Alliance. 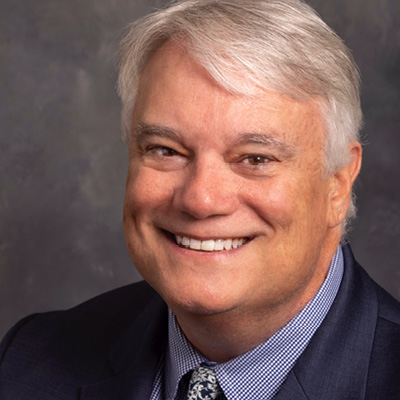 Taylor Harding (Arts in Education Category) has a belief in the power of music and the arts to transform communities and individuals that is evident in his work with local and state arts education and advocacy organizations. The dean of the University of South Carolina School of Music has participated in and led efforts as diverse as 12 years on the Arts in Basic Curriculum Project steering committee, consulting on the city of Columbia’s cultural plan and for its One Columbia for Arts & Culture office, frequent advocacy work on behalf of the South Carolina Arts Alliance, and on grant panels for the defunct Cultural Council of Richland/Lexington Counties. Harding has national exposure as past president of the College Music Society and past secretary of the National Association for Schools of Music. He remains active as a composer, earning commissions, performances, and recordings worldwide.
Colonia Life (Business/Foundation Category) is a Columbia-based market leader of financial protection benefits offered through the workplace. For more than 80 years the company has demonstrated a commitment to the community through corporate giving, the employee matching gift programs and volunteerism. The company also has made significant investments each year to support educational, health, wellbeing, arts and culture state programs. Colonial Life’s mission to help America’s workers face unexpected events and challenging times makes it the extraordinary company it is today. 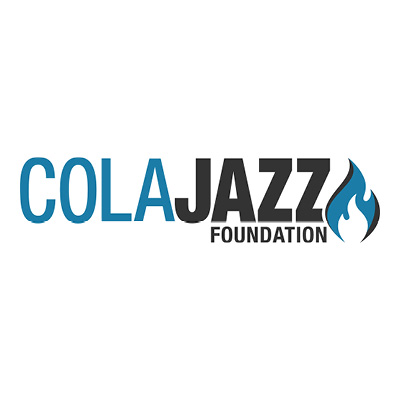 Since its 2014 founding, ColaJazz Foundation (Organization Category) has worked tirelessly to establish Columbia as a premier jazz destination by highlighting the accomplished jazz artists and educators active in and around the city. Successful and vibrant programming includes bringing international jazz stars, including NEA Jazz Masters and Grammy Award winners, to Columbia. Its annual season includes the ColaJazz Summer Camp; ColaJazz Fest; Great Day in Columbia; Live in the Lobby (Koger Center for the Arts) series; monthly Dinner & Jazz concerts; Jazz Appreciation Month; ColaJazz Crawl; live and virtual concerts, workshops, after-school curriculum for International Jazz Day; and Jazz for Young People concerts that bring people from across the state and beyond to enjoy the capital city. 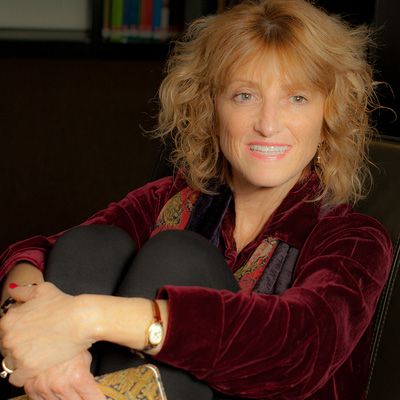 The erstwhile poet laureate of South Carolina, Marjory Wentworth (Special Award) is its second-longest serving. She received her appointment to the position from Gov. Mark Sanford in 2003 and served until 2020. Wentworth is New York Times bestselling co-author of Out of Wonder, Poems Celebrating Poets and author of prize-winning children’s story Shackles. Her lengthy list of published titles includes several of her own poetry books, additional co-authored titles, and she is co-editor, with Kwame Dawes, of Seeking: Poetry and Prose Inspired by the Art of Jonathan Green. Wentworth serves on the board of advisors at The Global Social Justice Practice Academy, and she is a 2020 National Coalition Against Censorship Free Speech is for Me Advocate. She teaches courses in writing, social justice and banned books at the College of Charleston and formerly taught courses at The Citadel and Art Institute of Charleston and Charleston County School of the Arts.

A state agency created by the South Carolina General Assembly in 1967, the SCAC works to increase public participation in the arts by providing grants, direct programs, staff assistance and partnerships in three key areas: arts education, community arts development, and artist development. Headquartered in Columbia, S.C., the SCAC is funded by the state of South Carolina, by the federal government through the National Endowment for the Arts, and other sources. Visit SouthCarolinaArts.com or call 803.734.8696, and follow @scartscomm on social media.