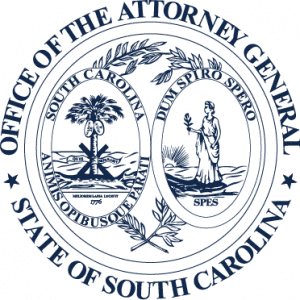 Bond hearings for some of the defendants occurred on Monday, May 16, 2022, before the Honorable Alison Renee Lee in her virtual courtroom.

“The Attorney General’s Office and SLED are committed to fight the corrosive effect drug trafficking has on our communities,” Attorney General Alan Wilson said.  “This investigation is yet another example of aggressive use of the State Grand Jury and investigative techniques to combat gangs and drug trafficking.  Just as important, it is a further example of our use of the State Grand Jury to partner state prosecutorial and law enforcement resources with county, local, and federal agencies,” he added.  “The cooperation with our Upstate partners – both local and federal – was particularly successful in this case, and this Office looks forward to continuing to synch its efforts with the hard work and expertise of all the agencies involved”.  Attorney General Wilson thanked all the agencies involved in the case.

Thirteenth Circuit Solicitor Walt Wilkins stated, “This was a very large scale organized drug operation that allegedly was trafficking kilograms of drugs every week into Greenville County.  The hard work and dedication of the Greenville Drug Enforcement Unit, SLED, and the South Carolina State Grand Jury has significantly decreased the availability of drugs in the Greenville Community and arrested some of its worst drug dealers.  While this organization has ties from Mexico to numerous cities in the United States, its drug trafficking efforts and locations in Greenville County were continuing to pump poison directly into our communities.  This is a great win for the citizens of Greenville County and these numerous arrests will have an immediate and direct impact upon the citizens of Greenville County and neighboring Counties.”

Attorney General Wilson and Solicitor Wilkins stressed that all defendants are presumed innocent unless and until they are proven guilty in a court of law.