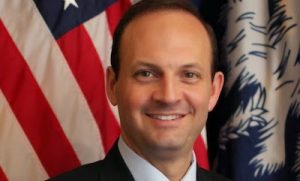 South Carolina Attorney General Alan Wilson is asking the U.S. Supreme Court to overturn Roe v. Wade because it has no basis in the Constitution and has led to nothing but confusion in the courts. He joined a 24-state coalition in filing an amicus brief in support of Mississippi’s law that bans abortions after 15 weeks except in medical emergencies.

“The Framers of the Constitution did not in their wildest dreams imagine a constitutional right to abortion, which was illegal everywhere when the Constitution was written,” Attorney General Wilson said. “There are rulings the Supreme Court made that were overturned decades later because of new information or the realization that the previous rulings were wrong. We think that’s what should happen with Roe v. Wade. There’s nothing in the Constitution that justifies abortions and, in fact, we believe abortion violates the constitutional rights to life and equal protection.”

He argues that Roe v. Wade should be overturned like Plessy v. Ferguson was. That’s the 1896 ruling when the Supreme Court said Jim Crow laws are constitutional under the “Separate but Equal” doctrine. However, in 1954 in the Brown V. Board of Education case, the Supreme Court overturned Plessy v. Ferguson and said “Separate but Equal” is unconstitutional.

In the amicus, the 24 attorneys general argue that Roe v. Wade created a nonexistent constitutional right. “This Court has propounded a constitutional law of abortion for half a century, and no one can describe it with any certainty. Because the purported right to abortion lacks any textual or historical foundation, it is defined only by the Court’s constantly changing opinions. From the trimester test to the undue-burden test to (possibly) a benefits/burdens balancing test and (possibly) back to the undue-burden test, courts and States are constantly kept off-guard trying to predict this Court’s next addition to this canon.”

You can read the brief here.