Was it left to right, or right to left? When a black cat crossed the highway in front of Dad, he made a sweeping “X” movement of his hand across the windshield. “That,” he said, “wards off bad luck.” I do the same but since I can’t recall if it’s left or right I do both.

Superstitions. A lot of people put stock in them. Don’t walk under a ladder. Take precaution come Friday the 13th. Don’t pick up a penny if it’s tails up. Don’t break a mirror. Don’t open an umbrella inside lest a family member die. Approximately 25 percent of the people in this country believe in superstitions. If you say, “Bless you” when someone sneezes, you’re in the group. 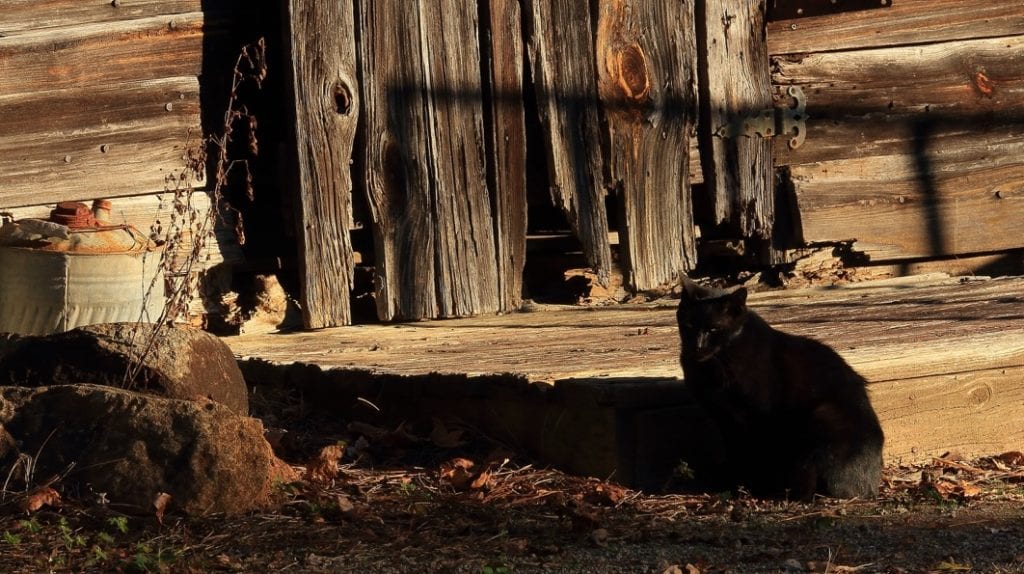 Superstitions, sure they’re silly, but better safe than sorry. Right? We have tall buildings without a 13th floor. And the beleaguered black cat? Middle Agers figured a witch was close by if a black cat ambled up. Some even believed a black cat turned into a witch after seven years.

Borne of ignorance, superstitions nonetheless endure. For one thing, superstitions give some people a sense of control. For some they lessen anxiety. I observe a few superstitions. I won’t walk under a ladder. I don’t step on cracks. My grandmother said it was bad luck to have a dog in the house during a thunderstorm. Lightning would strike you. Crazy stuff. I know people who observe rituals before football games. Don’t jinx your team. Again, crazy isn’t it.

A close relative of superstitions are curses, a bit of psychological manipulation that opens the door to voodoo and its hexes and roots and paints houses and doors haint blue, which spirits don’t like.

The antidote to bad luck? Good luck. Carry a charm, an amulet. Find a four-leaf clover. Knock on wood three times. Surrealist painter Salvadore Dali carried a piece of Spanish driftwood as a good luck charm, and Hemingway regarded his six-toed cats as harbingers of good luck. The Old Man and the Sea begins with a declaration that the old man fisherman, Santiago, is unlucky. Well maybe Papa should have written one of his six-toed cats into the story.

Could it be the desire for good luck is simply a manifestation of hope? Hemingway thought so. He addressed superstition with two tidy sentences: “It’s silly not to hope. It’s a sin.”

Bad luck can be a good thing as Cormac McCarthy wrote, “You never know what worse luck your bad luck has saved you from.”

Case in point. I knew a woman who took a bad fall. Apparently the fall jarred loose a kidney stone and soon she was in surgery. That’s when they caught her kidney cancer at an early stage. That kidney stone saved her life. If I were her, I’d make a necklace of that stone and wear it each day, but that would be superstitious would it not? Yes, you can count me among the 25 percent. Again, better safe than sorry.