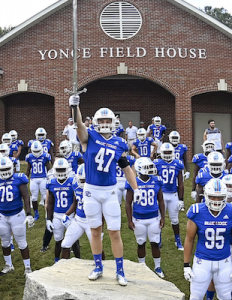 The 2021 Pioneer Football League (PFL) matchup between Davidson and Presbyterian will feature the inaugural Carolina Border Clash for the 1919 Cup. The history between the two schools dates back to 1919 and the rivalry stems from the dispute over the North Carolina and South Carolina border, also known as the 35th Parallel.

Saturday’s game will kick at 7 p.m. from Richardson Stadium in Davidson, N.C…

“The establishment of the Carolina Border Clash not only spotlights the continuation of a football rivalry dating back to 1919, but it also conjoins two outstanding liberal arts colleges with strikingly similar heritages, traditions and purpose,” Presbyterian Athletic Director Rob Acunto said.

“Playing this rivalry game each football season will also make the Carolina Border Clash a highlight for both teams and fan bases to look forward to every year, especially knowing the 1919 Cup trophy will be awarded to the winning team.” 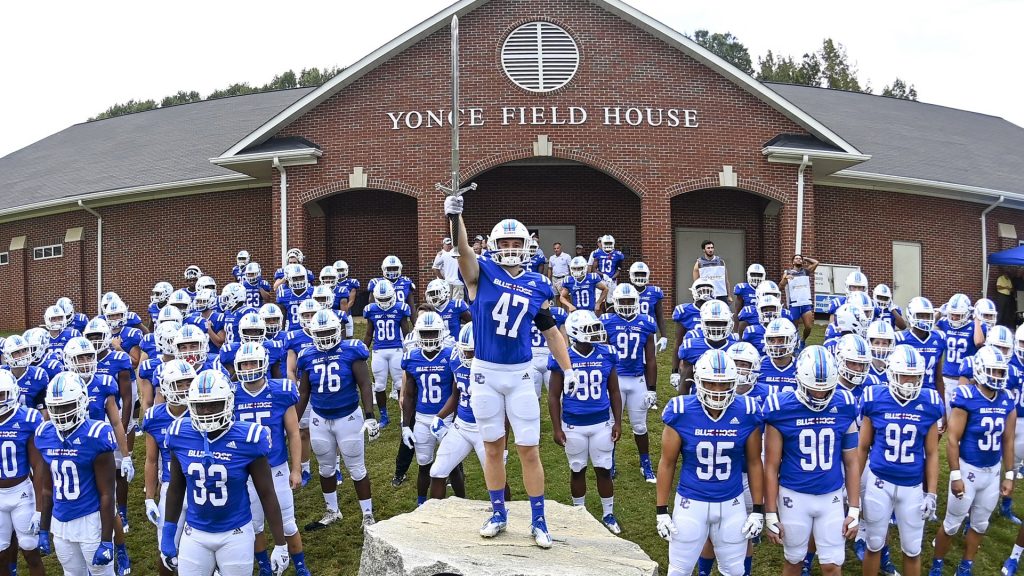 The first matchup between the Wildcats and the Blue Hose was on Nov. 22, 1919. The teams played every year until 1926 before taking a 23-year hiatus when Presbyterian won 27-7. Since Presbyterian’s entry into the PFL during the 2020-21 season, the Blue Hose are 1-1 against the Wildcats. All-time though, the series is dead even: 15-15-2. The opportunity to claim the 1919 Cup and the all-time series advantage ups the ante for both teams going into Saturday’s game.

“We are thrilled to be forming the inaugural ‘Carolina Border Clash’ for the 1919 Cup with Presbyterian College,” Davidson Athletic Director Chris Clunie said. “Both football programs have great teams and storied histories. This will become one of the best rivalries, not only in the PFL, but also in all of FCS football, one that will ignite our respective fanbases and communities.”

HISTORY
The states’ border line was originally drawn by King George in 1735, but starting in 1994, the search for the original line drawn by the King began. For example, the line between York and Mecklenburg counties was in question because of the difficulty of the landscape in 1735. The king’s line was intended to begin at Cape Fear, North Carolina Northwest, and towards the 35th parallel in Marlboro County, South Carolina. The line ended up in Salisbury Road, which is several miles south of the 35th parallel. The line moved further south when the Catawba Indian Tribe made it clear they wanted to be in South Carolina.