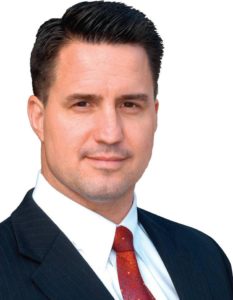 AN OPEN LETTER TO THE TRUSTEES OF THE UNIVERSITY OF SOUTH CAROLINA:

I am a 2005 University of South Carolina School of Law graduate. I was commissioned an Army Infantry officer in 1990 after graduating The Citadel, and have served as an Infantry officer, both Regular Army and reserve, for the past 29 years to my current rank of Colonel.

My background gives me a unique perspective to the decision about Lt. Gen. Robert Caslen becoming the next president of USC, so please consider my input.

As a fellow combat arms leader, I have followed Caslen’s military career for years. His reputation from within the military, particularly in Iraq, was sterling. In particular, in the area of preventing sexual harassment and/or assault he was a proven success as a general officer. During his five years at West Point, he was known to combat sexual assault/harassment, resulting in his becoming chairman of the NCAA Commission to prevent sexual assault/harassment.

From everything I’ve heard from fellow officers (Note: my father and grandfather are West Point graduates as are many friends and colleagues) the cadets at West Point loved General Caslen. He showed great care and passion for his students, and even completed the cadet indoor obstacle course as a 60-plus year old man. This could have been quite embarrassing for him if unable to complete many tough obstacles, but he was such a “lead from the front” college president he believed it his duty. Amazing to all of us who saw the video. One of many indicators about the character of the man.

I have a terminal degree, and I believe the criticism of Caslen’s lack of a terminal degree to be a red herring. A terminal degree provides little usefulness to running a university, and, as you are aware, General Caslen has already earned respected masters degrees from top institutions. His honor of having made three-star general officer provides a great deal more notoriety for the University than a terminal degree, so this requirement should be waived.

Caslen has proper academic credibility, particularly when considering his five years of successful previous college presidency. He’s quite intelligent, as his previous peers, superiors, and subordinates would make clear. General Eisenhower (before becoming U.S. President) was the successful president of Columbia University with solely an undergraduate degree.

Consider that the current military members and veterans of this state are watching this process very closely. This state has the reputation as the most pro-military of states, and we have one of the highest percentages of military-veteran residents.

Many of us were quite disappointed with how General Caslen was treated in being dismissed from the presidential search. It came right after the student spokesman for protesters said of General Caslen: “His entire career runs counter to the values of the University” (and “we are not crusaders”, demeaning all of us who have served in Afghanistan and/or Iraq). General Caslen was dismissed shortly after this despicable statement was uttered within the same building as the Trustees deliberated.

So few Americans serve in the military that many do not understand four decades of military leadership to earn three stars. The demeaning of Caslen’s experience by so many associated with the University is quite disconcerting to many veterans and military members. Military values do not run counter to the values of the University in any way, shape or form.